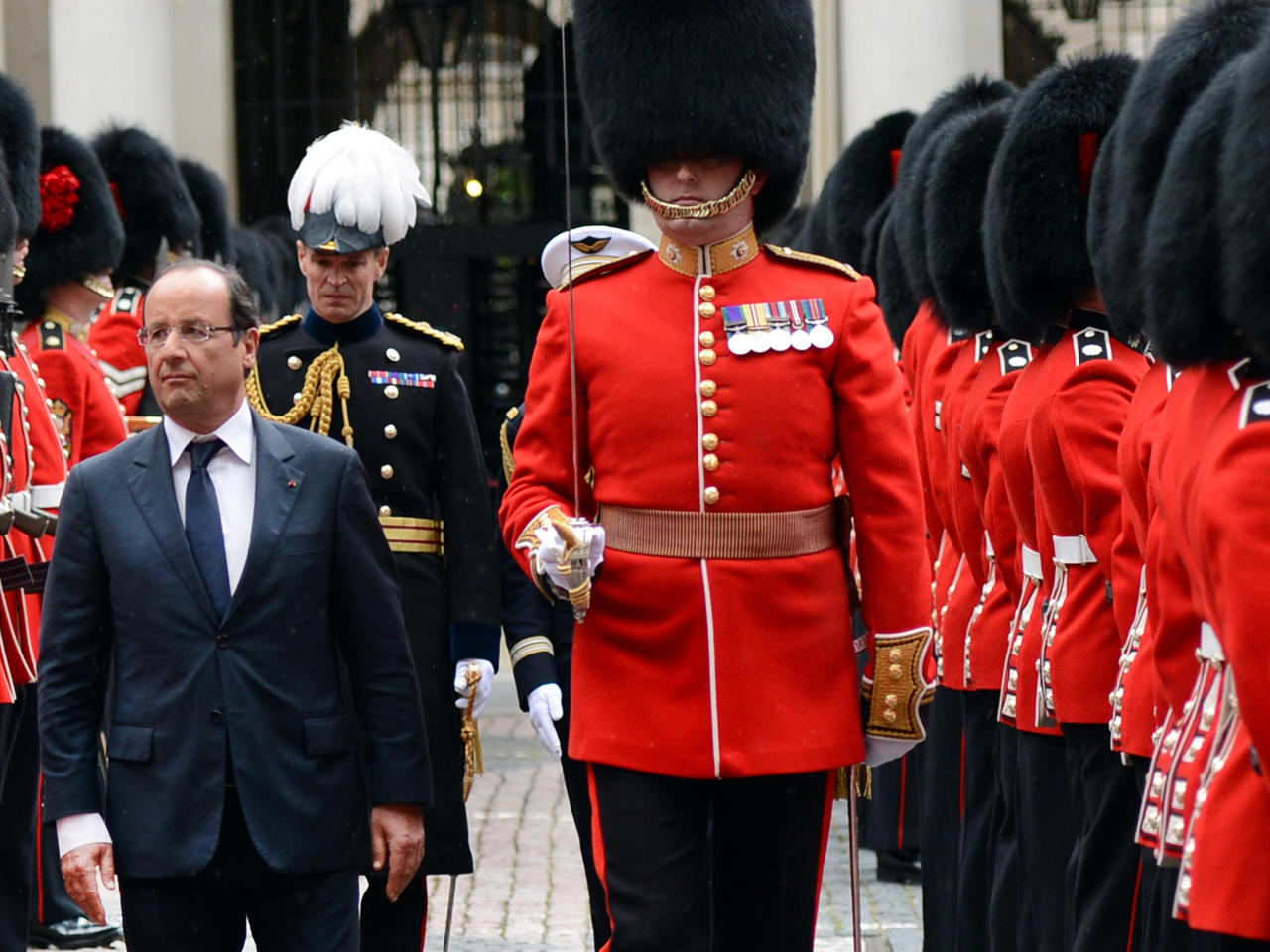 LONDON -- A British tabloid newspaper has posted video online allegedly showing a senior member of the Queen’s guard snorting a “powder-like substance” off a sword during a social gathering at St. James’s Palace in London.

The Sun, Britain’s most-widely circulated newspaper, says the blurry images show Major James Coleby of the Coldstream Guards, 41, inhaling the substance after it is prepared for him by a younger Army Captain.

The article suggests a third soldier recorded the events and then posted the video to a public online forum for service members, before realizing his apparent blunder and removing it. There is also a woman seen in the room.

According to The Sun, Major Coleby was at St. James’s Palace, on-duty, overseeing a team of 15 on security detail -- not long into his shift -- when the incidents were recorded.

The Sun says Coleby is a veteran of both the Iraq and Afghanistan wars, and it posts photos of previous events at which the commander is seen in close proximity to Queen Elizabeth II.

The Coldstream Guards are the oldest continually-serving infantry regiment in the British Army, but they are better known as one of the units that provides special security to the royal family and serves ceremonial duties at royal functions.

The Sun said at the time the alleged substance-snorting was recorded, Major Coleby was also in charge of a “Quick Reaction Force,” meant to respond in short order to any royal security breach.

Britain’s Ministry of Defense provided a brief statement in response to The Sun’s story, saying an investigation into the incident was underway, and that: “The Army expects all personnel to stick to its high standards and any found to fall short are disciplined robustly.”