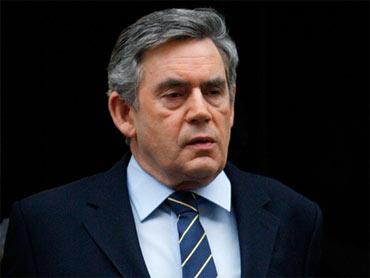 British Prime Minister Gordon Brown told the House of Commons he had ordered a hardening of air travel security after the failed Detroit airliner attack and amid alarm from intelligence agencies over a developing terrorism threat in Africa and the Arabian peninsula.

Brown said Britain would expand a watch list which already contains more than 1 million names, start full body scans at U.K. airports from next week and suspend the two weekly direct flights between the U.K. and Yemen.

Steps to tighten airport security follow a meeting between Britain's military, intelligence and border security chiefs, and talks between Brown and President Barack Obama, both on Tuesday.

Brown said Britain and other nations face a sharply growing threat from al Qaeda-affiliated terrorists based in Yemen and the Sahel, a swathe of north Africa that takes in nations such as Somalia, Nigeria, Sudan and Ethiopia.

"We know that a number of terrorist cells are trying to target Britain and other countries," Brown told lawmakers.

He said Britain will improve information sharing with allies on suspected terrorists, or those linked to known extremists, and create two new watch lists - a no-fly list, and a separate log of people who must go through enhanced security screening before they will be allowed onboard flights to the U.K.

Currently, Britain keeps a watch list of more than 1 million people refused a visa or entry into the U.K. - and a smaller list of suspected terrorists.

The new no-fly list is likely to detail the suspected terrorists and serious criminals banned from entering Britain, though officials declined to estimate how many individuals will be listed. Brown also did not specify how officials plan to select passengers for enhanced airport security checks.

Brown said he and Obama had agreed that efforts to harden security at home "must be matched by demanding greater guarantees about security in those international airports from which there are flights into" Britain or the United States.

"The security of our citizens must be our priority," Brown told legislators.

He said Yemen is "an incubator and safe haven" for terrorists, and with Somalia, poses the most significant terrorist threat to the world after the border areas of Pakistan and Afghanistan. Security officials believe about three quarters of all terrorist plots against Britain originate in Pakistan's northwest frontier.

The decision to focus anew on airport security follows the failed Christmas Day attack on a plane preparing to land in Detroit after flying from Amsterdam.

Umar Farouk Abdulmutallab, a Nigerian alleged to have links to extremists based in Yemen - and formerly a student in London - is accused of trying to blow up the Northwest Airlines flight by using concealed explosives that failed to ignite.

International foreign ministers - expected to include U.S. Secretary of State Hillary Clinton - will attend talks in London on Jan. 27 on the threat posed by Yemen, though the meeting will last only two hours.

Brown said the talks would help ensure Yemen "directly addresses poverty and grievances which can fuel insecurity and extremism."

Tim Torlot, the British ambassador to Yemen, said in a news conference in San'a that a team of British flight security experts will discuss safety measures at San'a airport with Yemeni officials in the next few days.