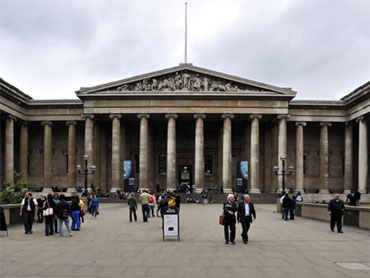 Thousands of people visiting the British Museum had to be evacuated from the building because of a gas leak scare.

The visitors were herded out of the sprawling London museum Saturday afternoon after some complained of mild eye irritation and sore throats.

Museum spokeswoman Esme Wilson said the evacuation resulted from a "gas incident," but that no one was injured or hospitalized.

Police said several people reported weird smells on the premises of the museum and the visitors were evacuated as a precaution.

Wilson says about 8,000 people visit the museum on a typical Saturday. The museum houses a collection of more than 7 million objects representing the history of human culture.