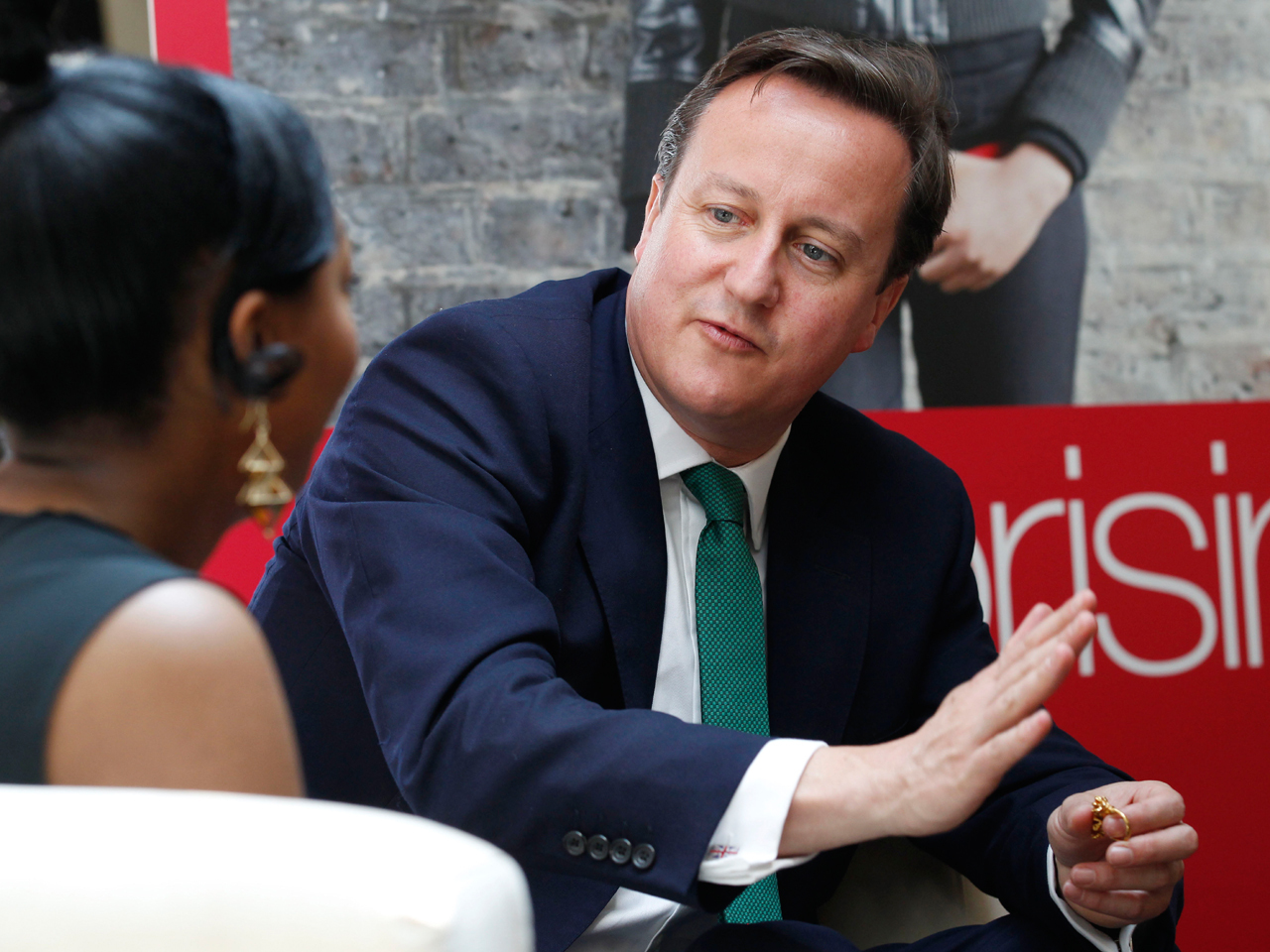 (CBS News) An estimated 1.25 million people braved the elements on Sunday to watch Queen Elizabeth II and other members of the royal family lead a flotilla of more than 1,000 vessels down the River Thames in a waterborne pageant marking her Diamond Jubilee.

But rain proved too much for British Prime Minister David Cameron, who had to move his own Downing Street party inside.

"Well that's the British summer time for you," Cameron said, according to Reuters. "We had a great street party but inside Downing Street rather than outside."

The prime minister reportedly hosted about 120 guests at his London residence, including elderly people, Girl Scouts and Girl Guides.

"I think the oldest was 96 and the youngest was probably 4 or 5," Cameron added. "So it was a great Big Society occasion and it was a pleasure to be able to host this."

Cameron is the 12th prime minister to serve during the monarch's 60-year reign, and he called her knowledge of world issues "unparalleled."

"It is a treat for a prime minister to speak to Her Majesty every week for an hour, knowing I am the 12th prime minister," he said. "She started with Winston Churchill. Her knowledge, her experience of world events, world leaders and world issues is unparalleled. She is an amazing listener but she also asks some really pertinent questions."

"I think above all, what we are celebrating today is the 60 years she has given of service to our country," he continued. "But also, this extraordinary institution that stands above politics that brings the country together - something we are all celebrating today - that I think is such a valuable thing in our country and so admired across the world."