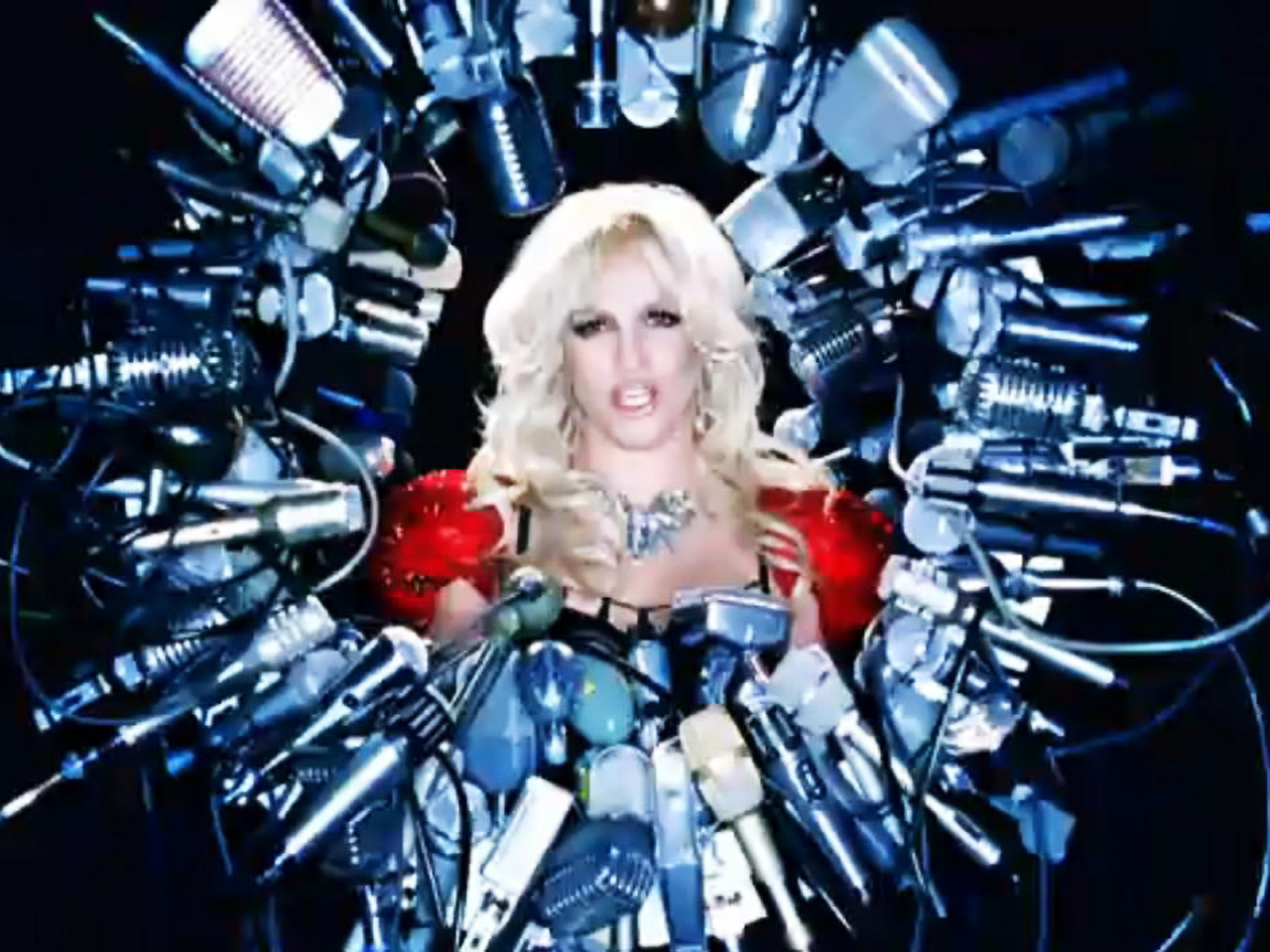 (CBS) After much anticipation and a few teases, Britney Spears debuted her new music video for "Hold it Against Me" Thursday night.

In between a  handful obvious product placements, the pop star dances in a futuristic setting, wears a flowing princess gown with tubes connected to her finger tips that later spit out paint, and fights a blonde lookalike using some impressive "Mortal Kombat"-style moves.

"Hope you guys love it as much as I do," Spears Tweeted. "If you didn't I'll kung fu kick you like I did to that chick in the video."

The video was directed by Jonas Akerlund, the same guy behind Lady Gaga's "Telephone," and Madonna's "Ray of Light."

Watch the video, and tell us: Do you think Spears is back at her game?