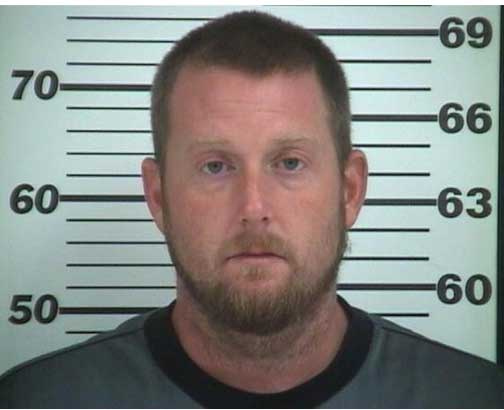 KANSAS CITY, Mo. (AP) -- A man who told investigators he was high on methamphetamine when he killed two sisters at a northwest Missouri home was charged Monday with two counts of first-degree murder.

Clifford B. Miller, 31, of Trimble, was charged in the slayings of Britny Haarup, 19, and her sister, Ashley Key, 22, whose bodies were found Sunday in a field near a tree line.

When Miller entered the home through an unlocked front door, he found Key asleep on the couch, Anderson said. Key awoke and confronted Miller, who hit her in the head before suffocating her, Anderson said.

Miller told authorities he then went into Haarup's room, where he beat her with a stick and suffocated her. He then wrapped up the bodies in sheets and dragged them to Haarup's pickup truck, the sheriff said at a news conference Monday.

"Miller smoked some more meth and then cleaned up the blood and moved the bodies to a pickup truck in the back of the house," Anderson said.

Haarup's fiance, Matt Meyers, discovered the women were missing when he came home Friday. Meyers is the father of Haarup's 6- and 18-month-old children, whom he found alone but unhurt at their home.

Anderson said the younger girl was in the bedroom when Miller killed Haarup. Miller told investigators he put the baby in the crib in a different room with the older child, then returned to Haarup's room, where he planned to have sex with her but couldn't.

Miller was arrested Sunday at his girlfriend's home in the Kansas City suburb of Parkville. He later told investigators where they could find the women's bodies, authorities say.

Paul Haarup, father of the victims, on Sunday had pleaded for his daughters' return and told reporters Key had a "colorful past." At the news conference Monday, Haarup said he regretted that description.

"The reason she was at my daughter's house, she made the decision it's time to dust herself off and lead a good life, for her daughter and her family. It's apparent ... she was making an attempt to protect her sister," Paul Haarup said. "By no means in any of this is any dark shadow cast on my daughter Ashley. That's not where any of this stemmed from."

He said the family would have no other statements for the media at this time.

Miller was being held on $500,000 cash-only bond. He has not been arraigned and does not yet have an attorney.