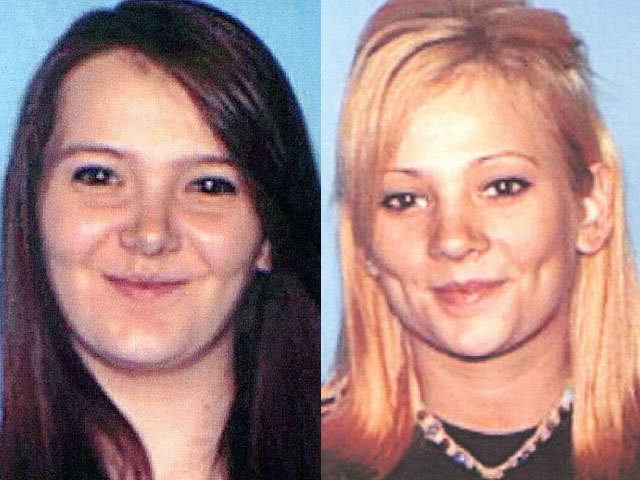 (CBS/AP) KANSAS CITY, Mo. - Missouri police arrested Clifford Miller in connection to the deaths of sisters Ashley Key and Britny Haarup, whose bodies were found in a field nearby Haarup's home, an official said.

Sheriff Richard Anderson said 31-year-old Miller was charged Monday with two counts of first-degree murder in the Friday slayings of Key, 22 and Haarup, 19. The women were killed in the Edgerton home, about 35 miles north of Kansas City, and their bodies were dumped in a nearby field.

Matt Meyers, Haarup's fiancé, discovered the women were missing when he returned home Friday. Meyers is the father of Haarup's 6- and 18-month-old children, whom he found alone but unhurt at their home.

Anderson said Miller was high on methamphetamine when he went to Haarup's home Friday with the intent of having sex with her. Although they never had a sexual relationship, Miller was attracted to her.

Miller placed the children together in a bedroom and then smoked more methamphetamine before leaving in a pickup truck parked at the house. He later dumped the women's bodies at a farm in Clinton County, where they were discovered Sunday night, Anderson said.

Police received a tip that Miller was trying to sell guns taken from Haarup's home, which led authorities to him later Sunday. He admitted to the killings and told police where the bodies could be found, the Anderson said.