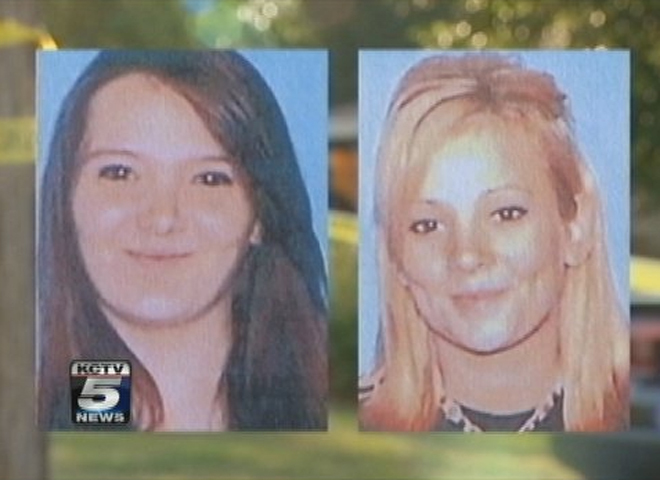 (CBS/AP) EDGERTON, Mo. - Authorities said an interrogation with a suspect in the disappearance of sisters Britny Haarup and Ashley Key has led them to find bodies of two women in a Missouri field over the weekend.

Platte County Sheriff's Capt. Erik Holland reportedly said police found two bodies of white women near Trimble, Mo. but he couldn't immediately confirm the victims' identities or how they had died. Holland said authorities were led to the bodies after talking to the suspect in case, whom he did not identify.

Haarup, 19, and Key, 22, were reported missing Friday after Haarup's fiancé came home to find his 6- and 18-month old daughters alone and in the same crib. Relatives of the women said there was blood on the couch in the Edgerton residence, located about 35 miles north of Kansas City.

Family members said they feared the sisters were abducted after Key, the mother of a 4-year-old girl, had been running with a bad crowd and sought her sister's help turning her life around.

Platte County Sheriff's Department said Sunday that authorities were speaking with a person of interest in the case and executed two search warrants. The missing truck was found parked on a gravel road Saturday, prompting authorities to search the surrounding fields. Although there were no signs of foul play, the truck was towed to the Kansas City crime laboratory to check for evidence.