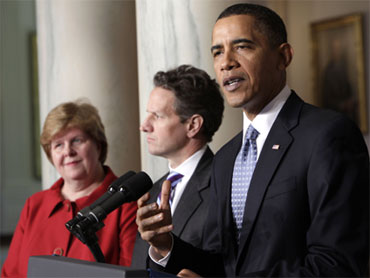 "Wicked," a lavish musical prequel to "The Wizard of Oz," picked up 10 Tony Award nominations Monday.

Australian actor Hugh Jackman, who will host the Tony ceremony on June 6, was among the nominees for outstanding actor in a musical for his portrayal of flamboyant entertainer Peter Allen in "The Boy From Oz." Kevin Kline and Christopher Plummer picked up nominations for best actor in a play.

Jackman's movie "Van Helsing," a monster-hunting adventure, opened at No. 1 with $54.2 million in ticket sales this weekend. His presence is considered so important to "Oz" that the show closes when he takes time off.

"Anna in the Tropics," last year's Pulitzer winner; "Frozen," the chilling tale of a young girl's disappearance; "I Am My Own Wife," winner of the 2004 Pulitzer Prize for drama; and "The Retreat From Moscow," got nods for best play.

Besides "Wicked," "Avenue Q" and "Caroline, or Change," the other best musical nominee was "The Boy From Oz."

Competing for best actress in a musical were Kristin Chenoweth and Idina Menzel for "Wicked," Donna Murphy for "Wonderful Town," Tonya Pinkins for "Caroline, or Change" and Stephanie D'Abruzzo, who sings the part of a puppet in "Avenue Q."

Kline and Plummer were nominated for their roles in two Shakespeare productions, "Henry IV" and "King Lear," respectively. They face Simon Russell Beale, "Jumpers"; Frank Langella, "Match"; and Jefferson Mays, "I Am My Own Wife."

Nominated for best performance by an actress in a play were: Eileen Atkins, "The Retreat From Moscow"; Tovah Feldshuh, "Golda's Balcony"; Anne Heche, "Twentieth Century"; Swoosie Kurtz, "Frozen" and Phylicia Rashad, "A Raisin in the Sun."

"Wicked," which tells the story of the witches in "The Wizard of Oz" before Dorothy arrived, was one of the season's most expensive musicals, costing $14 million. Despite some mixed reviews, it has been a consistent sellout, grossing more than $1 million each week.

Besides best musical and leading actresses in a musical, it garnered nominations for score, direction, choreography, orchestrations, sets, costumes and lighting.