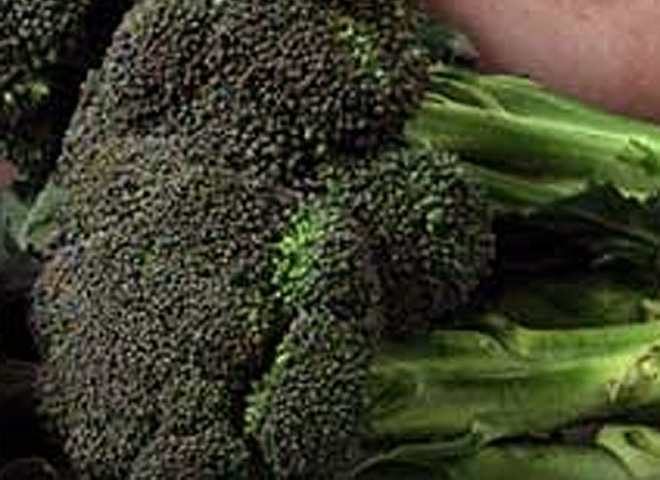 Doctors may have found another reason to eat your broccoli: A compound in the green vegetable may be able to prevent or slow down osteoarthritis.

Osteoarthritis is the most common form of arthritis, a condition in which painful swelling occurs in the joints.

About 50 million U.S. adults have some form of arthritis, 27 million of whom live with osteoarthritis, according to the American College of Rheumatology. It is commonly referred to as a "wear and tear" condition that most often affects middle-age and elderly adults.

Risk factors include age, obesity, a history of joint injuries, and gender as women are more likely to develop the condition, the Mayo Clinic notes.

Osteoarthritis can't be cured, but anti-inflammatory drugs, pain relievers and physical therapy may reduce symptoms. Cortisone injections, bone realignment procedures and joint replacement surgeries to areas like the hip or knee may also be necessary.

The disease is so prevalent that one in two people are expected to develop symptoms of osteoarthritis in their knees by the time they turn 85 years old.

Could broccoli come to the rescue?

"As well as treating those who already have the condition, you need to be able to tell healthy people how to protect their joints into the future," study author Dr. Ian Clark, a professor of musculoskeletal biology at the University of East Anglia in Norwich, U.K, said in a statement. "There is currently no way in to the disease pharmaceutically and you cannot give healthy people drugs unnecessarily, so this is where diet could be a safe alternative."

Clark and colleagues gave mice diets full of a compound called sulforaphane, which previously has been linked to anti-cancer benefits. Broccoli contains high levels of the compound, in addition to Brussels sprouts, cabbage and other vegetables in the cruciferous family.

The researchers wanted to see the compound could help stave off joint problems. They found that mice fed a sulforaphane-rich diet showed significantly less cartilage damage and were less likely to develop osteoarthritis than those that were not.

They confirmed their findings by testing the compound in cartilage cell samples from bovines and people, which too were less damaged with help of sulforaphane.

"We now want to show this works in humans," said Clark. "It would be very powerful if we could."

That's because with the aging population and increasing obesity rates, Clark expects the health and financial burden of osteoarthritis to get worse.

They're planning a small new study in which 40 patients will be randomized to receive "super broccoli" -- bred to contain high amounts of sulforaphane -- two weeks before they are supposed to undergo knee replacement surgery.

The study was published Aug. 28 in Arthritis and Rheumatism.

While broccoli may be part of a well-balanced diet, some cautioned it may be too soon to rely on it for solving joint problems.

"It is important to remember that this was a laboratory study involving human cells, cartilage samples from cows, and mice. The mice were fed a diet high in sulforaphane, rather than broccoli itself," cautioned the the U.K.'s National Health Service. "There is a long way to go before scientists know if a diet high in broccoli or similar vegetables can prevent or slow down arthritis in humans."

The NHS added that people should check with their doctor before taking a sulforaphane supplement, because they may interfere with other medications and their long-term use has not been well-studied.