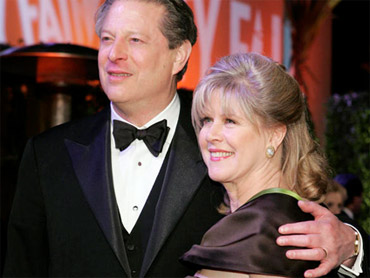 "I was trying to move my waist down, move my feet, move my legs," recalls Alva. "And the first words that came to my mind lying on the ground was that I thought I was paralyzed."

Navy Corpsman Brian Alaniz rushed to his side.

"I knelt down to put together a suction device," says Alaniz. "And that's when the second explosion went off underneath me."

Alva says he could see smoke and debris. "And I didn't realize that it - that it was - that it was Brian that actually got hit that time."

Alaniz remembers intense pain. "I couldn't feel my feet or anything. I was holding up my leg. And I looked down and I could see my foot. And it was blown inward."

Each man lost his right leg. They had been in Iraq for all of four hours.

Throughout their recovery, they had many visitors, but healing took time.

"At first it was Brian who was the more positive person. I was - I was really really - it - it took me a - a while to accept things," says Alva. "You think of the what-ifs in the beginning. And if I hadn't gotten hurt, then Brian would still be - have both legs... I felt responsible for what happened to him."

Alaniz kept saying it was his fault, says Alva. "You know, I just kept telling him that... that was my job.... You know what happened, happened. It's war. And you really can't - war is unfair."

Adjusting to the wounds of war has meant some very difficult days for both men. What they lost was life changing. What they found in each other though has changed their lives as well.

"Nobody really knows what you're going through until you actually experience it. So, having someone there that - the same war, you know, the same time period and everything, that's going through the same thing - helps me a lot emotionally," says Alaniz.

"It's helped so tremendously because it's like you're not living this alone," says Alva. "It's like a two-way street. We help each other back and forth.... Having him there really, it was a big, a real big, you know, blessing."

Now retired from the service, Alva has returned to school. The former marathon runner swims regularly, and counsels other injured soldiers in his free time.

Alaniz and his wife recently celebrated the birth of their daughter.

Being a hero is not only about serving your country. Sometimes it's about simply being there, being a friend, and being an inspiration.

"Eric's a hero for everything that he's accomplished since his injury," says Alaniz. "It's easy when you're on top. But when you hit rock bottom and then try to climb back up, you know, it really defines who you are and - and what you stand for.... He inspires me a lot."

Both Eric Alva and Brian Alaniz told us they don't believe they are heroes. The real heroes, they say, are those soldiers who lost their lives fighting for their country and their families who miss them so much.