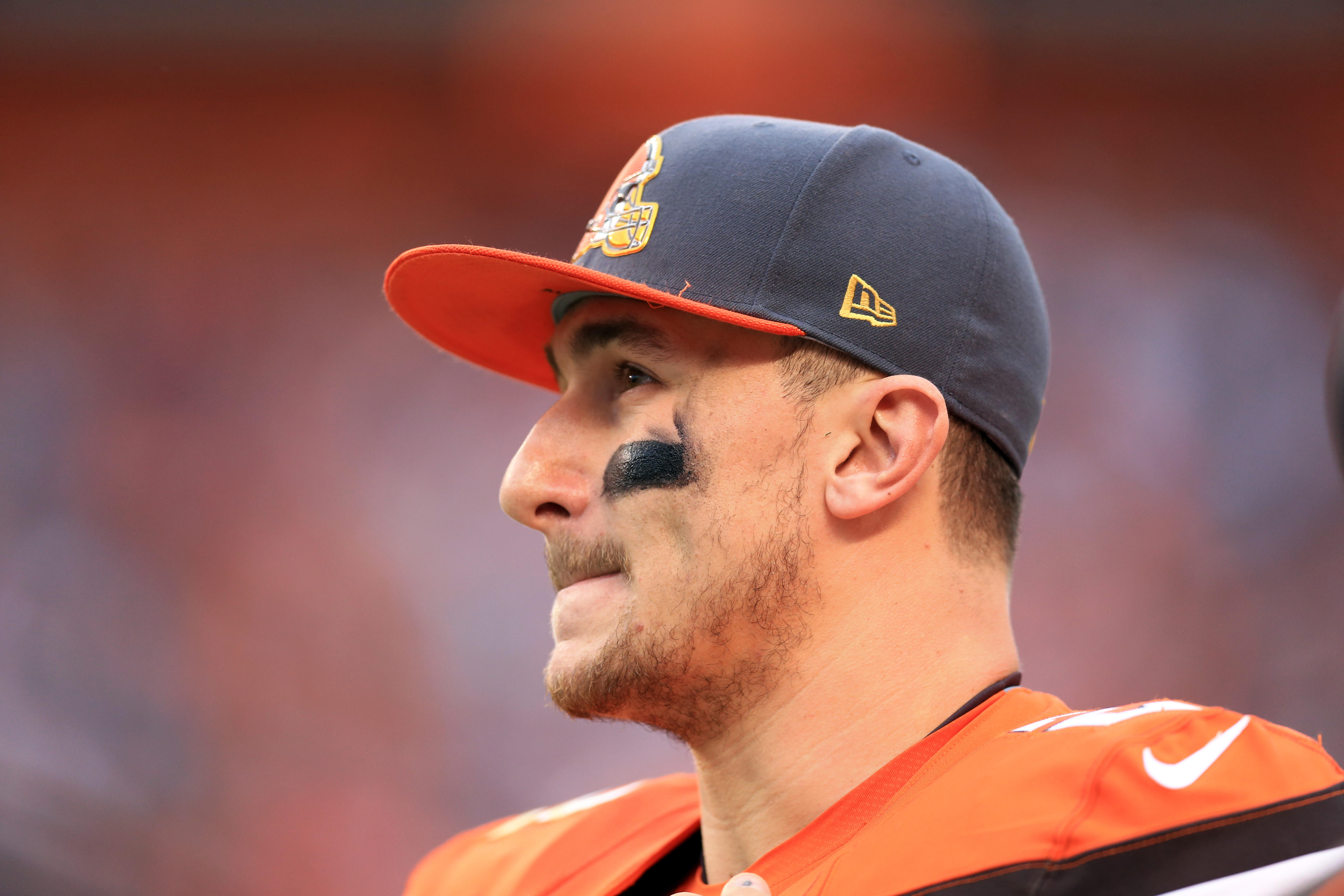 It's comeback season (technically "Comeback SZN") for Johnny Manziel right now, and the free agent quarterback, who spent the last two years getting his life together after multiple off-field issues, is making a number of public appearances as he does his best to convince an NFL team to give him a second chance.

Notably on Monday morning, Manziel appeared on a "Good Morning America" segment in which he told the world he is bipolar and trying to make a comeback after his "huge downfall." Manziel also said he is currently sober; he talked about his sobriety previously during the 2016 offseason.

"I am taking medication for bipolar, and I am working to try to make sure I don't fall back into any type of depression because I know where that leads me, and I know how slippery a slope that is for me," Manziel said.

The quarterback said he was diagnosed as bipolar about a year ago.

"At the end of the day, I can't help that my wires are a little bit differently crossed than yours," Manziel said. "I can't help my mental makeup or the way that I was created."

And he said, when confronted directly about it, that he is not currently drinking. Manziel then proceeded to get open and honest about the issues he had with drinking.

"No, I'm not. Here's the way I look at it -- going back the last couple years of my life, I was self-medicating with alcohol," Manziel said. "That's what I thought was making me happy and getting out of that depression to a point where I had some sense of happiness. But at the end of the day, when you're left, staring at the ceiling by yourself, and you're back in that depression and back in that hole, that dark hole of sitting in a room by yourself and being super depressed and thinking about all the mistakes you've made in your life.

He believes now his friends and family see "a drastic change" in his lifestyle, and he is hoping to make that change "sustainable."

"Now the question you asked is, 'Is that sustainable?' and 'Would that be the case moving forward?'" Manziel said. "I would like to sit here and say, yes, and I have a lot of confidence that would be the case."

The former Heisman Trophy winner, once upon a time selected in the first round by the Cleveland Browns, spent virtually his entire NFL tenure struggling with off-field issues that leaked onto the field at times. He started eight games over a two-year period with the Browns, at times flashing his immense potential, but largely displaying a lack of maturity both on and off the field.

Football brings him "joy," Manziel said, and that's why he's trying to get back to the game.

"I am coming back from a huge downfall," Manziel admitted. "I don't know what kind of comeback it will be, but I know I want to get back on a football field, to what brought me so much joy in my life."

He's not wrong: Manziel's rise was meteoric at Texas A&M, and his downfall in Cleveland was even quicker. He was drafted with a first-round pick in the 2014 NFL Draft, along with Blake Bortles and Teddy Bridgewater. He was released by Cleveland in March of 2016, well before anyone in his draft class was even eligible to sign a second contract.

At one point during his struggles, his own father said he was worried Manziel wouldn't make it to see 24 years old if he continued partying the way he was. Reports surfaced that Manziel was sent home from Browns practice because he was intoxicated at said practice although the Browns later disputed those reports.

Manziel was also indicted on an assault charge involving his then-girlfriend Colleen Crowley although the charges would later be dismissed by a Texas judge.

Considering how often he was a headline during his partying days, Manziel has done an impressive job staying out of the media spotlight. That changed this week, but for positive reasons, as Manziel continues his push toward trying to make a comeback in the NFL.

This article originally appeared on CBSSports.com.