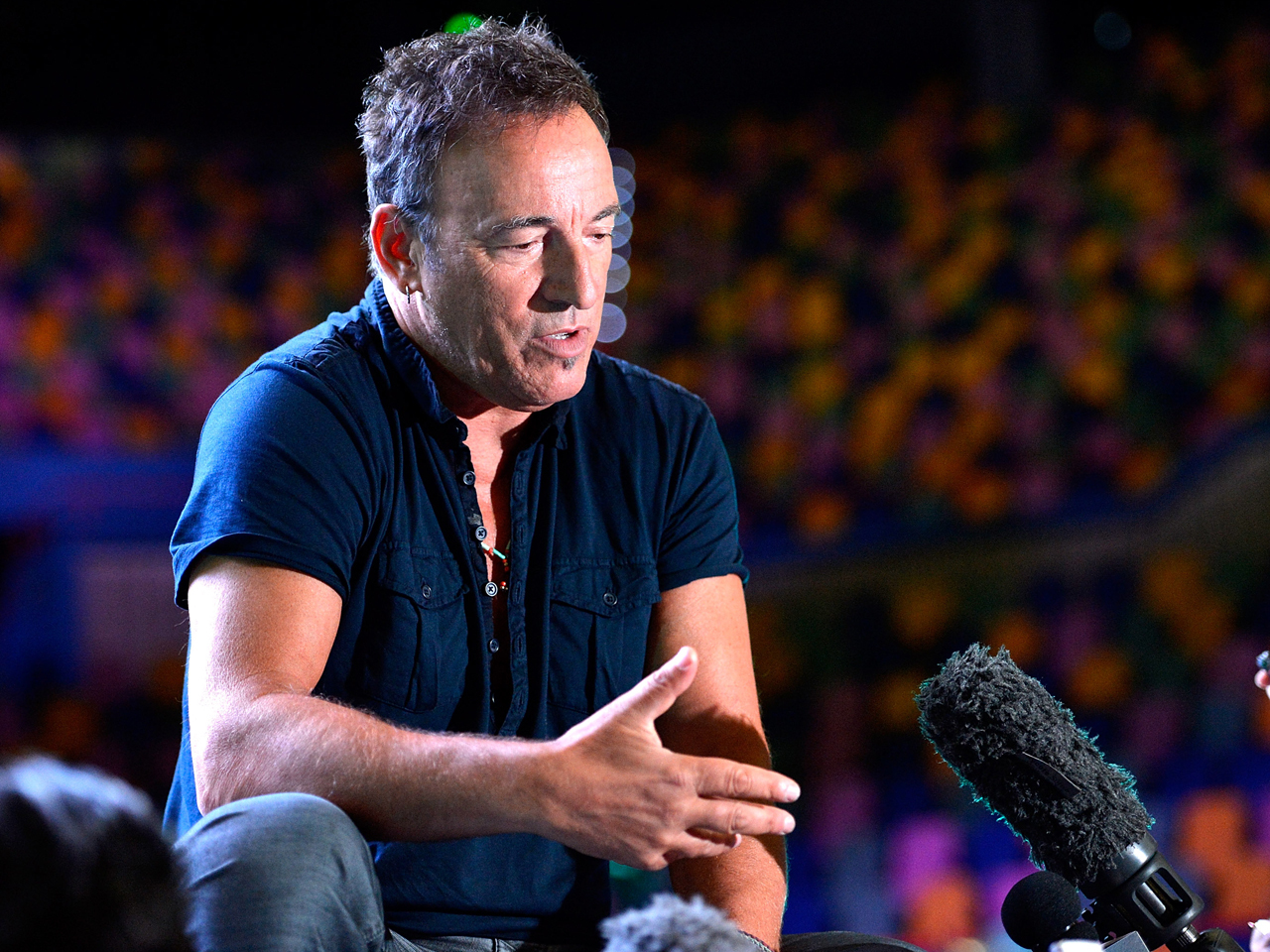 Springsteen and his E Street Band opened their Wrecking Ball Tour to enthusiastic reviews in Brisbane, the hometown of Australian Deputy Prime Minister and Treasurer Wayne Swan, who revealed in a speech last year that The Boss had long been his political inspiration.

When told at a news conference Thursday that Swan had cited his musical idol as an influence on his center-left government's economic policies, Springsteen urged caution.

"Really? You better watch out there," Springsteen joked. "I'm not sure how good I am with my money."

He added, "I hope it's been a positive influence, that's all I can say."

Swan was named by banking magazine Euromoney as the world's finance minister of the year for 2011 for helping steer Australia clear of recession during the global economic meltdown. He is attending the final two-week session of Parliament in Canberra before he releases his annual budget blueprint on May 14 and has revealed that the annual ritual involves him playing Springsteen's hit single "Born to Run."

Swan said Springsteen's 1975 breakthrough album "Born to Run," as well as subsequent albums "Darkness on the Edge of Town," ''The River," ''Born in the U.S.A" and "Nebraska," talked about the shifting foundations of the U.S. economy before the subject became topical.

"If I could distill the relevance of Bruce Springsteen's music to Australia, it would be this: Don't let what has happened to the American economy happen here," Swan said.

Swan is expected to see the concert with his family in Brisbane on Saturday. His office could not immediately confirm his plans on Thursday.

During Thursday's show, Springsteen played a 25-song set list and even slipped in a rare cover: "Just Like Fire Would" by Australian punk band, The Saints.

Springsteen has concerts in Sydney, Melbourne and rural Victoria state before heading to Europe in late April.