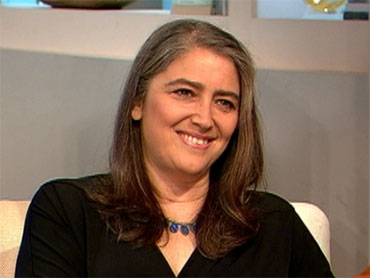 Jerry Bruckheimer is nothing short of a superstar. For more than three decades, he has been cranking out hits from "Flashdance" to "Pirates of the Caribbean." He's also the executive producer of the top rated TV shows "CSI," "Cold Case" and "Without a Trace."

His latest big screen project is the new movie "National Treasure," which stars Nicholas Cage as an adventurer trying to find a long lost fortune.

Bruckheimer told The Early Show co-anchor Julie Chen, "It's a wonderful idea, and that's why I got involved in the project. It's a story about a treasure map on the back of the Declaration of Independence, a document that will never be lost and never be stolen, and Nick has to find this treasure, get the declaration away from the bad guy who tries to steal it. …It's all steeped in history, all accurate American history and goes back even long before that about the knights of the Templar treasure, which is the treasure that treasure hunters are still looking for today."

"He's a brilliant actor. He's won an Academy Award. We've done a number of movies together. I love working with him. He's a real gentleman and very handsome and he's smart, and smart on camera, and can play a character who's an historian and a treasure hunter at the same time."

Earlier this month, "CSI" marked its hundredth episode. And Bruckheimer admits its success even surprised him, to some extent: "I always expect the worst, but hope for the best. And this one really was a phenomenal success. And nobody knew it. We put it on the air hoping, first of all, just to get on the air, then stay on the air.

"It was on Friday nights and we were supposed to be the underdog because "Fugitive" was the big show that season. We snuck up on everybody, and Les Moonves, with his genius, put it on Thursday nights and it just took over and became the number one show in the country. To my surprise, not his."

What's the secret of the success of the CSIs? "If you look at The New York Times bestseller list, the majority of them are mysteries," Bruckheimer responded. And this is a great mystery. And people love process. They love getting inside worlds they know nothing about and finding out how they actually work. Most of our cases are taken from real cases. We have real CSIs working on the show and writing the show. It's all very accurate."

Asked if we're going to see more CSIs, Bruckheimer joked, "Who knows if (CBS) wants more? We might have to volunteer and make more."

Bruckheimer says it isn't easy finding the time to juggle all his projects, including the CSIs, as well as "Without a Trace" and "The Amazing Race," and his films.

But having "great people" working with him helps.

So does his routine: "I get up around six in the morning and work out and get on a bike and ride that about 40 minutes to an hour. What I do is, I either read a script while I'm doing that, or have tiny DVD players and I carry them wherever I go so I can watch all of our shows."