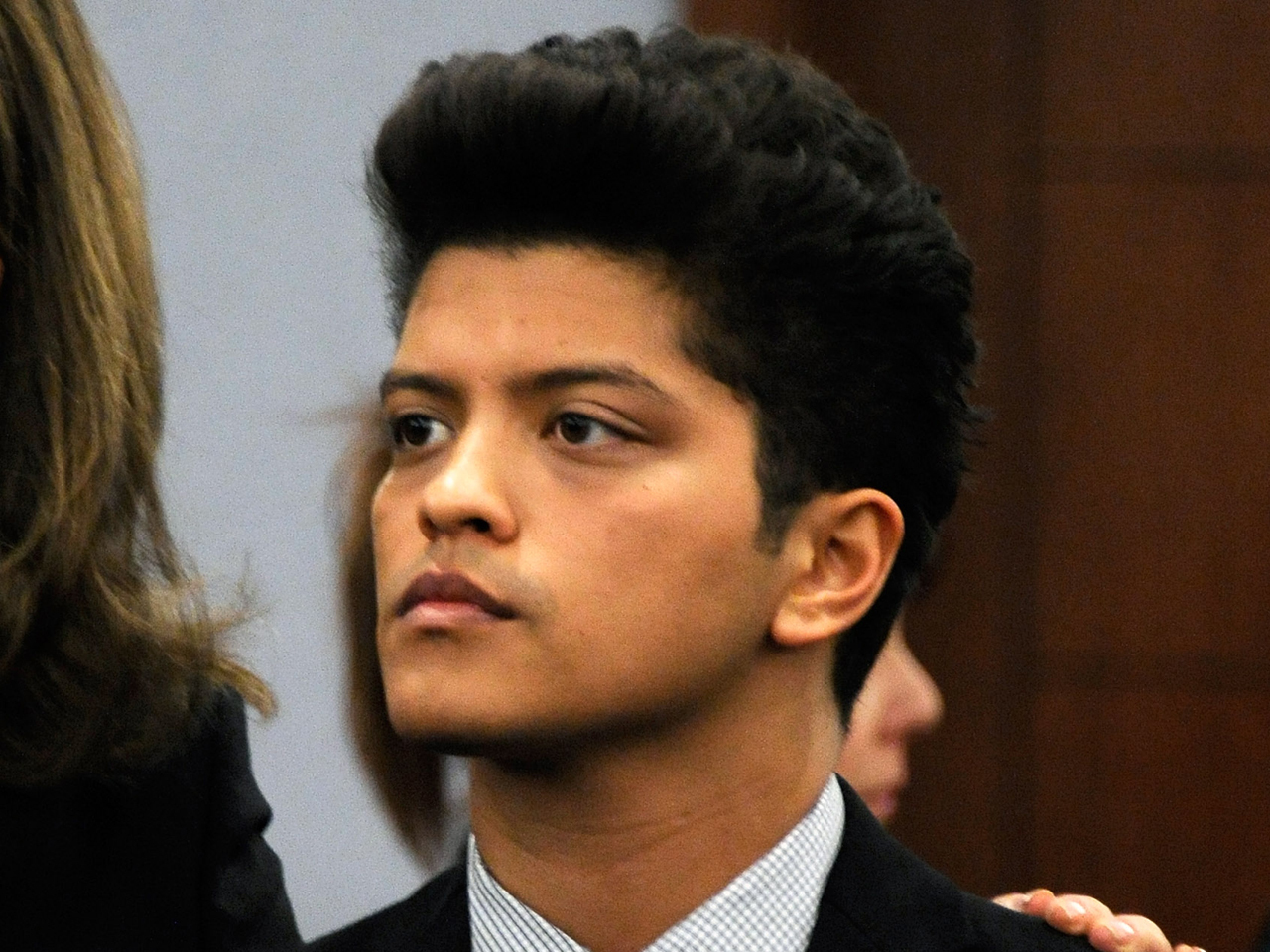 (CBS/AP) Grammy-winner Bruno Mars has pleaded guilty to cocaine possession as part of a deal with Las Vegas prosecutors that could allow the felony conviction to be erased next year.

The felony was based on an arrest in 2010, where police say Mars, whose real name is Peter Hernandez, was found with 2.6 grams of cocaine in a men's room at the Hard Rock Hotel & Casino in Las Vegas following a nightclub performance.

Mars, along with his lawyers, refused to comment after the court hearing.

His conviction could be erased if he stays out of trouble for a year. The judge set a Jan. 18 date next year for Mars to return at the end of his probation.