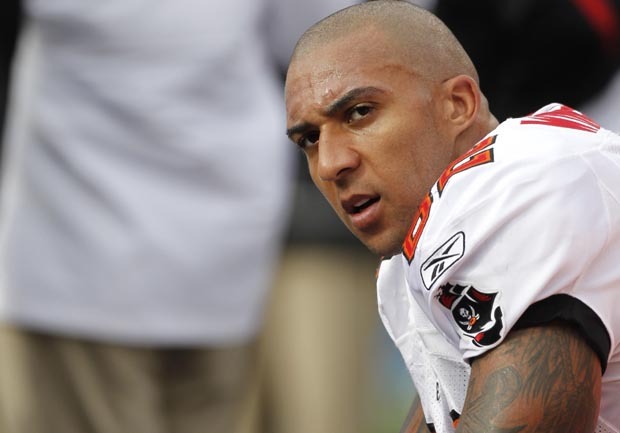 Earlier in the day, Winslow told SiriusXM radio that first-year coach Greg Schiano was "kind of upset" that Winslow has not been working out with the team during the offseason.

"That's kind of shocking, but that's what it is," Winslow said, adding that Schiano told him the coach "would help me out with a trade."

Tampa Bay received a conditional 2013 draft pick in the deal.

Winslow will join a tight end unit that already includes Zach Miller, who Seattle gave a big contract last offseason, and promising young prospect Cameron Morrah, who has struggled with injuries early in his career. The Seahawks lost tight end John Carlson in the offseason after he signed with Minnesota.

CBSSports.com's Pat Kirwan says that while he understands why Tampa Bay traded Winslow, the Seahawks got a great deal.

Tampa Bay gets a player who was one of Peyton Manning's favorite targets.

Clark, who turns 33 next month, spent nine seasons with Indianapolis and had 427 career receptions for 4,887 yards and 46 touchdowns. Last season, without Manning and limited by injuries to 11 games, Clark had 34 catches for 352 yards and two touchdowns.

Winslow, despite a history of injuries and undergoing several knee surgeries during his career, appeared in every game over the past three seasons for Tampa Bay.

The 28-year-old was the sixth overall pick in the 2004 draft by the Browns, who sent him to Tampa Bay in exchange for second- and fifth-round draft choices. Winslow has 437 career receptions for 4,836 yards and 23 touchdowns.

Winslow said he has been working out near his home in San Diego and missed last week's initial set of organized team activities in Tampa. He said he was planning to join the team on Monday, but that he got a call from Schiano on Saturday.

"He was kind of upset that I wasn't there working out with the team in the offseason and for the first week of OTAs," Winslow said during the interview with SiriusXM.

"But I've been there the last three years and I've had a successful career so far," he added. "You don't just get rid of one of your best players because of that. ... I don't have nothing bad to say about coach Schiano. It was just a disagreement on why I'm not there yet."