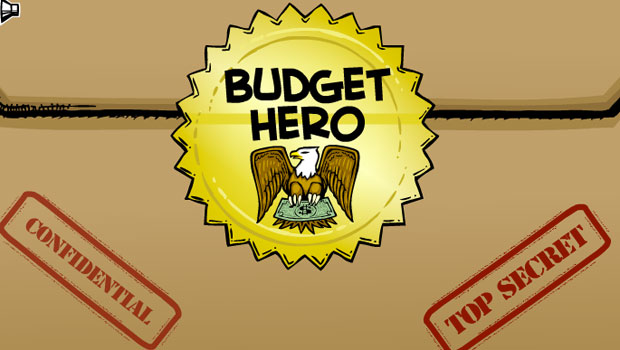 (CBS/AP) - Think you might do better than President Barack Obama and congressional leaders in picking and choosing what government spending to cut - or taxes to raise - to stave off a debt showdown that could wreck the economy? A new computer game gives you, too, the chance to play "Budget Hero."

"Budget Hero 2.0" is an update of an original version that came out in 2008. It shows players just how difficult it might be to carry out their grand policy objectives - universal health care, extending the Bush tax cuts or ending foreign aid - and still keep the government from either becoming irrelevant, or going broke.

"Our timing turns out to be perfect," said former Rep. Jane Harman, D-Calif., who resigned this year to head the Woodrow Wilson Center, a nonpartisan think tank that developed the game with American Public Media.

Harman said the game is a valuable teaching tool, particularly now as the president and Congress butt heads over the future course of government. Players get insights into the "difficult choices involved in reducing the deficit and raising the debt limit," she said.

Among the first players to test their skills at the unveiling this week of the new version were Sen. Jeff Sessions of Alabama, the top Republican on the Senate Budget Committee, and Sen. Mark Udall, D-Colo.

Udall said he had two kids in college and "I've been a real nag about video games," but that "the point of this game is to educate, to empower us."