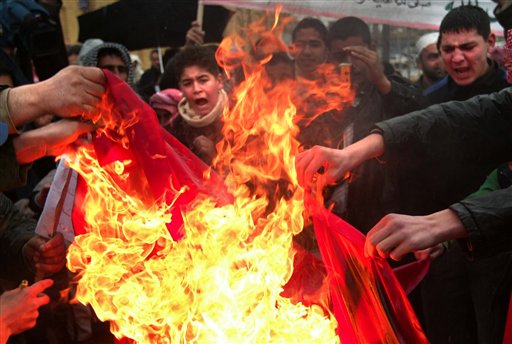 Mississippi State made up for the last year's late-season collapse, beating Mississippi 28-6 Thursday night to earn a spot in the Southeastern Conference championship.

Despite his obvious pain, James Johnson ran for two short touchdowns in the first half as the Bulldogs (8-3, 6-2 SEC) won their third consecutive game to capture the SEC West title.

"To put it together for three straight games like we did, and beat our biggest rival to win the SEC championship is incredible," said defensive end Cornell Menafee, who had seven tackles.

"This is what we wanted all year," senior guard Eric Allen said.

Especially after 1997 when Mississippi State lost its last two games -- to Arkansas and Ole Miss -- to miss out on the SEC title game and the postseason.

After beating Arkansas 22-21 , the Bulldogs clinched the title in the Egg Bowl, won by the visiting team for the fifth consecutive year. State, which won its only SEC title was in 1941, will play top-ranked Tennessee in the league's championship Dec. 5.

"It's always a good season to end on a win. For 365 days, our players worked hard to put themselves in this position," State coach Jackie Sherrill said.

Johnson, already limited and grimacing because of a groin injury, had TD runs of 2 and 1 yards before halftime. He never returned after his second TD, when he dived over from the 1 and injured his shoulder on the play that gave State a 14-3 lead.

While becoming only the second Ole Miss running back to rush for 1,000 yards, sophomore Deuce McAllister was about the only effective offense for the Rebels, who had just 265 total yards. McAllister had 39 yards rushing on the opening drive, and 177 overall -- finishing with 1,082 for the season.

With starting quarterback Romaro Miller sidelined by a broken collarbone, freshman walk-on David Morris was forced into his first start. Morris was 8-of-24 passing for 75 yards with three interceptions, the last returned 30 yards for a touchdown by Tim Nelson with 2:36 left.

Tuberville, 25-20 in four seasons, might have coached his last game in Oxford. He is expected to be in Auburn Friday to discuss replacing Terry Bowden, who resigned Oct. 23.

Auburn is expected to name its new coach by the weekend, either Tuberville of Temple's Bobby Wallace.

Johnson didn't start, but came in on the second series and scored on a 2-yard touchdown with 4:27 left in the first quarter. After a 39-yard pass play and an Ole Miss penalty that nullified a Johnson fumble, Johnson scored on his third straight carry.

The second TD, on fourth-and-goal, capped State's longest drive of the season, a 15-play, 98-yard effort. Eight plays before scoring, Johnson left the field grimacing in pain because of the groin injury.

"He gave everything he had ," Sherrill said of Johnson, adding that the tailback should be able to play in the SEC title game..

With a school-record 1,345 yards, Johnson leads the SEC in rushing, 160 yards ahead of Kevin Faulk of LSU, which plays Friday against Arkansas. No Mississippi State back has ever won the SEC rushing title.

Ole Miss was limited to field goals of 40 and 22 yards by Carlisle McGee.

Mississippi State extended its lead to 21-6 late in the third quarter when freshman Wayne Madkin threw a short screen pass to Dicenzo Miller, who got two downfield blocks from offensive linemen and scored untouched from 28 yards out.