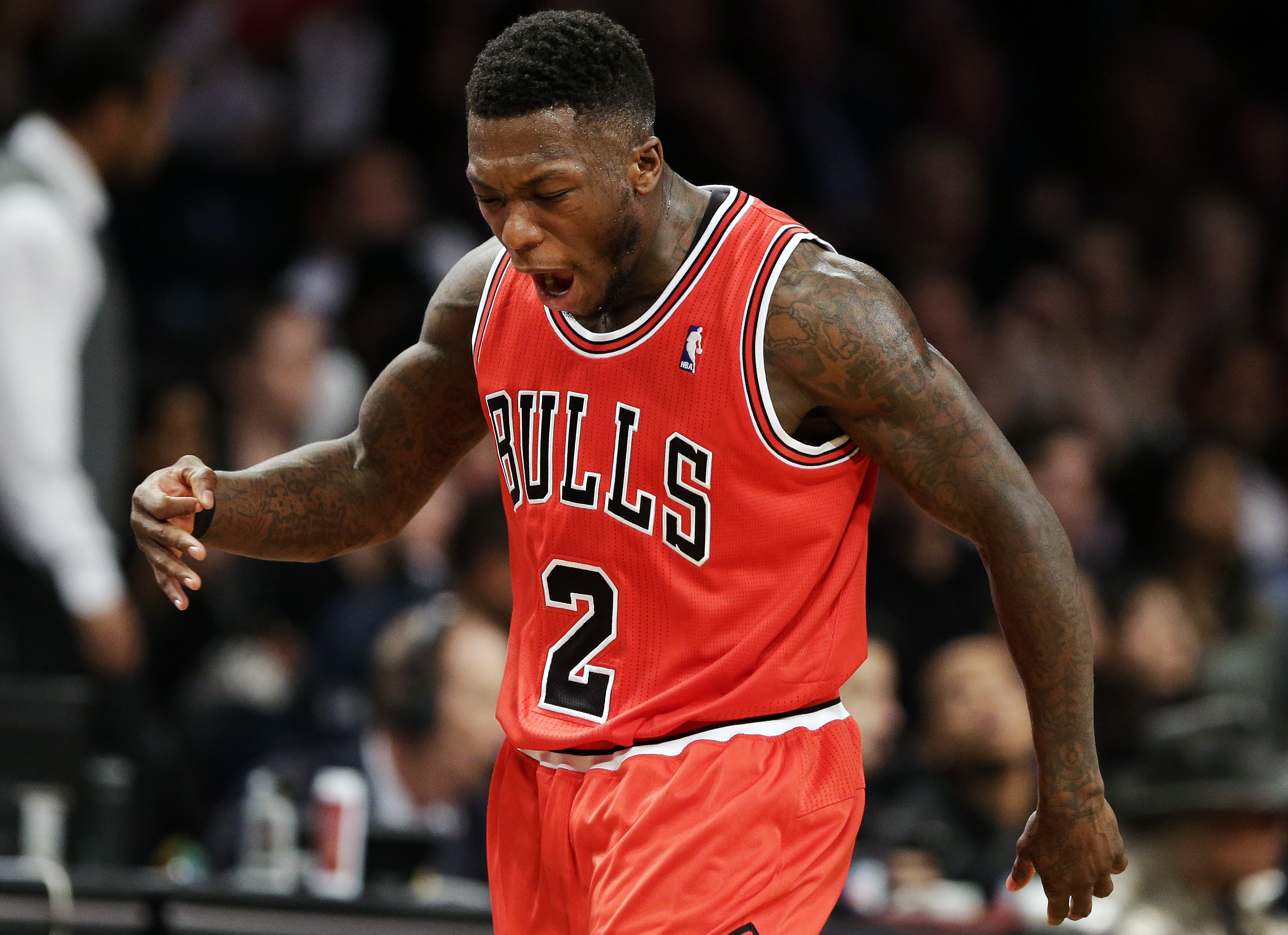 NEW YORK Joakim Noah had 24 points and 14 rebounds, Marco Belinelli also scored 24 points and the Chicago Bulls beat the Brooklyn Nets 99-93 on Saturday night in Game 7 of their first-round series.

Carlos Boozer added 17 points as the Bulls shook off injuries to two starters and every run the Nets tried to make in the second half to win a Game 7 on the road for the first time in franchise history. They advanced to a second-round series against defending champion Miami that starts Monday night.

The Bulls opened a 17-point halftime lead with a rare offensive outburst, and found a way to get big baskets every time the Nets pulled close to win the NBA's only do-or-die game of the first round.

Coverage of the NBA playoffs on CBSSports.com

"I thought our guys, we took a big punch in Game 1 and we kept fighting back and that's been the story of the season," Bulls coach Tom Thibodeau said.

Deron Williams had 24 points, seven assists and six rebounds for the Nets. They were trying to become the ninth NBA team to win a series after trailing 3-1.

But they had a horrendous first-half defensive performance and Joe Johnson was bad all game on offense, finishing with six points on 2-of-14 shooting, including 1 of 9 from 3-point range.

With Luol Deng (illness) and Kirk Hinrich (bruised left calf) out again, the Bulls leaned on Noah, who could barely play when the Bulls were blown out here two weeks ago in Game 1 but logged 41 minutes and shot 12 of 17, then still had enough energy to climb over the baseline seats for a long embrace with his mother.

Noah, who grew up and played in high school here, helped the Bulls spoil the Nets' first home Game 7 in franchise history at the end of their first season in Brooklyn. They had played only one Game 7 in all their years while they were based in New Jersey, falling at Detroit in 2004.

Deng, tested for meningitis earlier in the week, was back in the hospital Friday night and unable to travel. Hinrich warm up in hopes of playing before he was ruled out.

It didn't matter to the Bulls, who backed up Thibodeau's vow that they would have no excuses and play well.

Coming out ready to work, the Bulls got their first two baskets on offensive rebounds by Boozer and Noah, and they led most of the first quarter before bringing a 29-25 lead to the second on Taj Gibson's jumper with 0.8 seconds left.

It was 40-36 before the Bulls took control with solid offensive execution and poor Nets defense. Noah had consecutive baskets before seldom-used Daequan Cook made a 3-pointer to cap an 11-2 run, and after a basket by Andray Blatche, Boozer, Nate Robinson and Noah ran off the next six points to give Chicago a 57-40 lead as the crowd began to boo.

"I think we weren't as aggressive as they were, especially on the boards and the defensive end in the first half," Nets interim coach P.J. Carlesimo said.

The Bulls capped it with a stunningly easy dunk by Boozer with 1.2 seconds left off an inbounds pass, sending the Bulls to the locker room with a 61-44 advantage.

Brooklyn burst out of the locker room with a 10-4 run, and back-to-back 3-pointers later in the third period by Gerald Wallace kicked off an 11-2 surge that got the Nets within 69-65 on Williams' free throw with 5:29 left.

Jimmy Butler hit a 3-pointer and Robinson scored to steady the Bulls and push the lead back to nine, and they led 82-75 after three.

The Nets opened the fourth with just one point in the first five minutes as consecutive baskets by Boozer pushed the lead back into double digits. The Nets kept trying to get back in it, getting it all the way down to four on a 3-pointer by Williams with 26 seconds left, but Belinelli hit four free throws from there.

Brook Lopez had 21 points and nine rebounds, and Wallace finished with 19 points for the Nets, who finished a successful first season in Brooklyn in a disappointing way, getting booed late in the first half while allowing Chicago to make eight of its final 12 shots.

Robinson finished with 12 points in his second straight start in place of Hinrich.

Notes: Rihanna, whose concert that was scheduled here for Saturday was postponed to Tuesday after the Nets forced Game 7, sat in the courtside seats belonging to fellow music star Jay-Z. ... New York Yankees pitcher CC Sabathia was in the crowd — wearing a Brooklyn Dodgers hat.