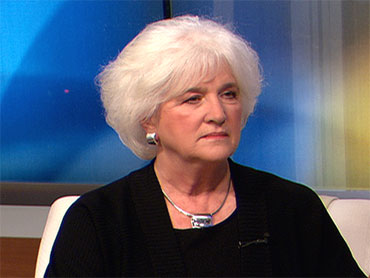 School officials in South Hadley, Mass., have been criticized by parents for not doing enough to prevent the suicide death of 15-year-old Phoebe Prince, who killed herself after undergoing months of abuse from other students.

Nine teenagers face charges raging from stalking to statutory rape, but prosecutors have not filed charges against school officials who, parents say, were warned in advance of the harassment.

Barbara Coloroso, an educator and an expert on bullying who has spoken to parents and administrators at the school before and after Phoebe's suicide, said she believed school officials had for the most part taken the issue of bullying seriously.

"There had been a death of an 11-year-old in a community not far from there, and they wanted to get on top of it," Coloroso said on CBS' "The Early Show" this morning. "And I spoke with the educators and parents in the community about how important it was to have those three Ps:

"Strong anti-bullying policy; procedures in place that protect the targets and hold bullies accountable; and programs in place that would say 'No more, not here, never' to mean and cruel [behavior] and teach young people how to stand up and speak out."

"Did they implement that?" asked "Early Show" anchor Maggie Rodriguez.

"I think some of the schools actually did," Coloroso said, "but my concern when I went back and talked to the kids and then talked in the community meeting was, again, going back to those three P's - how important it is that we don't just write bullying off as 'Boys will be boys, girls just want to be mean, it's part of growing up.'

"It's not like a conflict - it's about utter contempt for another human being," Coloroso said. "And it's so important that we stop that in its tracks."

She said there are three groups that need to be part of ending bullying: "The kids themselves, because bullying [often] happens under the radar of adults; the parents, because you have to be taught to put somebody outside of your circle of caring and make them an 'it' so you so can do anything to them and not feel any shame or compassion; and school officials. We have as educators a legal obligation to keep our schools safe for everyone."

She said it is important that children know schools will be a safe harbor for them.

"You're not going to like every kid, but you must honor their humanity," Coloroso said.

She said even though policies may be in place, procedures to deal with bullying need to be toughened up. "This is a wake-up call, and I think it will happen."


For more info:
kidsareworthit.com (Coloroso's Web Site)
"The Bully, the Bullied and the Bystander" by Barbara Coloroso (HarperCollins)