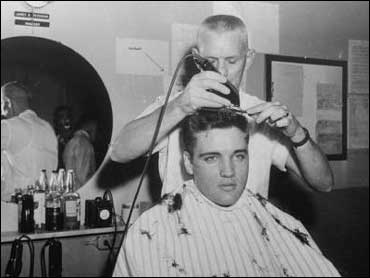 (CBS) SOUTH HUNTINGDON TOWNSHIP, Pa. - State police say a burglar in western Pennsylvania broke into a woman's home, stole several pieces of jewelry from the bedroom, then gave himself a haircut with a pair of a clippers he found in a dresser.

You want to look your best for that mugshot.

According to CBS Pittsburgh, investigators say it happened last week at a home in South Huntingdon Township. They say the suspect took the jewelry pieces from a jewelry box on the victim's dresser, then did a little personal grooming.

The suspect then put the hair in the garbage can and the clippers neatly back into the drawer, the station reported.

So far, police have not identified any suspects.