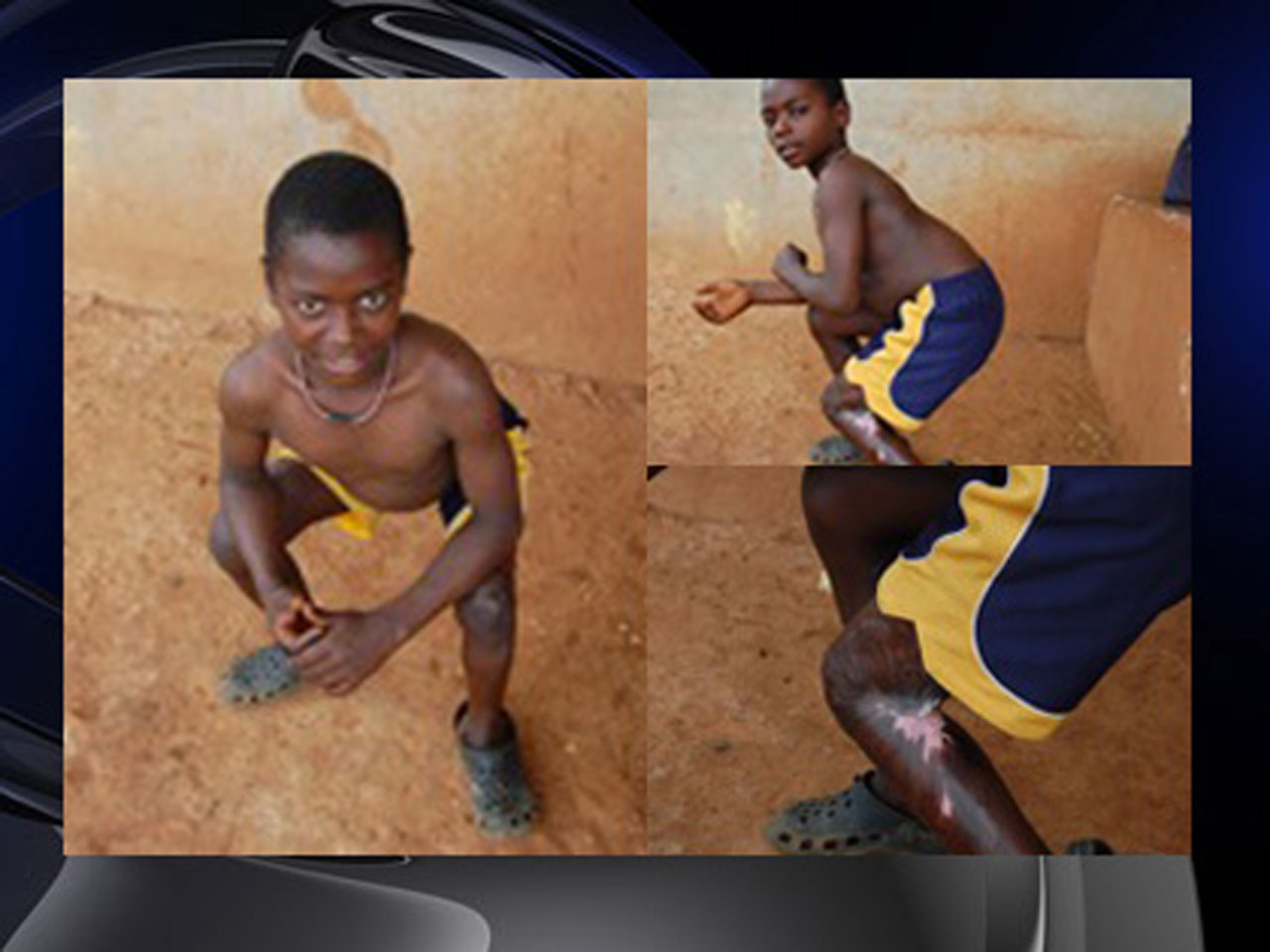 An 11-year-old boy from Uganda whose burns forced him crawl on all fours will soon be standing on two legs.

Non-profit organization Children's Burn Foundation will perform surgery on Adolf Baguma. Baguma was 7 when his aunt burned his legs with a hot banana leaf for trying to take food, CBS station KCBS in Los Angeles reported. Because the burns were not treated, his legs healed at a 90 degree angle.

The thought of Adolf crawling on all fours for the rest of his life, just because he was trying to survive at seven-years-old broke my heart," Carol Horvitz, Executive Director, Children's Burn Foundation said in a statement.

Children's Burn Foundation works to help prevent burn injuries in and aids in healing, providing reconstructive and plastic surgery and psychological counseling for children who have suffered severe burns. They were alerted about Baguma's situation when a Los Angeles-based attorney, Laine Wagonseller, met the boy at an event at his orphanage. The attorney told Children's Burn Foundation about Baguma, and they agreed to help.

Baguma is scheduled to arrive in Los Angeles on Monday, and will be staying with Wagonseller family members until he finishes his reconstructive surgeries.