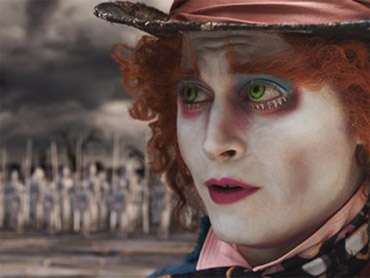 Audiences are mad as hatters about Johnny Depp and Tim Burton's "Alice in Wonderland," helping it earn a whopping $41 million in its first day.

After its big start Friday, the Disney release could be on track for a $100 million weekend.

Box-office tracker Hollywood.com says that would be a record for films opening in March.

Director Burton reteamed with frequent collaborator Depp, who plays the Mad Hatter in their new take on Lewis Carroll's classic.