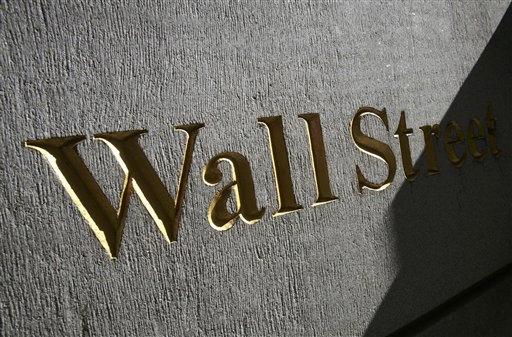 Delivering on either count has proved difficult for the Texas oilman.

Soaring oil and gasoline prices are beginning to take a toll on U.S. economic growth and on Mr. Bush's approval ratings. To get his long-stalled energy agenda passed, the president is putting more of his political prestige on the line.

The House voted 249-183 last week for White House-backed legislation that would give tax cuts and subsidies to energy companies and open a wildlife refuge in Alaska to oil exploration.

Still, the president acknowledges that there is little that he or Congress can do to quickly lower gasoline prices, which have climbed past $2.20 a gallon nationwide.

Critics also claim that Mr. Bush's energy bill does little to promote conservation or alternate energy approaches, and that he has done little of the lobbying of oil-country leaders that he promised during in his first presidential campaign.

Robert Ebel, an energy analyst at the Center for Strategic and International Studies, said nothing that Mr. Bush is proposing "is going to have any immediate, or even near-term impact" on prices.

Mr. Bush s responding politically to consumer concerns that "gasoline prices are high, we haven't yet entered the summer driving season, and what is the president going to do about it?" Ebel said.

Ebel said increasing world demand for oil, particularly from fast-growing China, and lack of new refineries in the United States will exacerbate the problem for years.

In a speech last week, Mr. Bush said high prices are "like a foreign tax on the American dream." He challenged Congress to send him an energy bill by August and described the proposal as making energy "more affordable and secure" in the future.

Similar legislation passed the House twice in Mr. Bush's first term, only to bog down in the Senate under a Democratic filibuster that was waged, in part, to protest possible exploratory drilling in the Arctic National Wildlife Refuge in Alaska.

Crude oil prices have risen 40 percent in the past year. But finding ways to curb them pose a particular dilemma for Mr. Bush — complicated by his own actions.

The president recently ruled out releasing oil from the nation's emergency stockpile, saying he would only tap the 700 million barrel reserve in a national crisis.

Mr. Bush criticized President Clinton for tapping into the reserve in 2000, suggesting it was a political gesture to help Vice President Al Gore, then Mr. Bush's Democratic rival for the White House.

In a broadcast interview, Mr. Bush said he would press the Saudi crown prince to boost production. "I'll be talking to our friends about making sure they understand that if they pinch the world economy too much, it'll affect their ability to sell crude oil in the long run," Mr. Bush said.

Still, he said, there was a chance the Saudis already were pumping crude at "near capacity" levels. Ahead of the crown prince's visit, Saudi Arabia said it would do what it could to step up oil production.

But, he told a conference in Paris, "The measures taken by OPEC in general and by Saudi Arabia in particular are only a few factors among those which affect oil prices; consequently, our influence is limited."

Mr. Bush's expected appeal to the Saudi leader already is drawing scorn from some Democrats. "The president is right to meet with this powerful man, but it is wrong that the leader of the United States must ask favors from a foreign prince," Rep. Ed Markey, D-Mass., said Saturday in his party's weekly radio address.

Jerry Taylor, an energy analyst at the Cato Institute, a Washington-based think tank that advocates less government regulation, said the idea that "jawboning OPEC or arranging for nice relations with OPEC will somehow get us more oil is utter illusion."

"The Saudis will produce as much oil as they think is necessary to maximize revenue. Period," Taylor said. China's rising thirst for oil, not supply shortages, is the main factor driving up global oil prices, he and other oil analysts suggested.