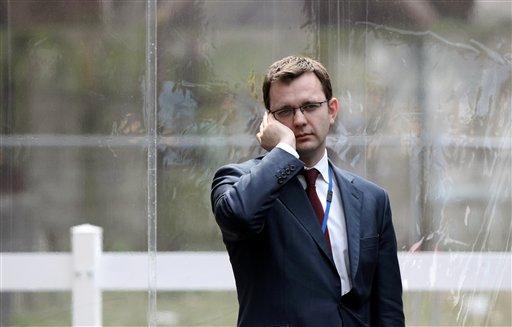 The decision to attend was being matched by dignitaries around the world.

Prince Charles will be there — delaying his wedding by a day. He'll be joined by British Prime Minister Tony Blair.

Dozens of heads of state will be present in Rome, prompting authorities to embark on a massive security boost, CBS News Correspondent Sheila MacVicar reports. Already, 10,000 additional police have been brought into Rome from all around Italy. The Italian army is also involved, and intelligence services are on high alert.

In a highly unusual move, Germany will be represented by both Chancellor Gerhard Schroeder and by the country's president. Usually one or the other leader attends official ceremonies abroad.

The office of French President Jacques Chirac issued a statement today saying he and his wife will attend.

And Spanish officials are confirming the royal couple will be among the mourners in Rome. King Juan Carlos and Queen Sofia were close to the pope.

The Spanish delegation will also include Prime Minister Jose Luis Rodriguez Zapatero, whose socialist government has clashed with the Roman Catholic church over same-sex marriage.

President Bush is leaving Washington for Rome on Wednesday, and was to have meetings with foreign leaders Thursday. The president planned to leave Italy immediately after the funeral to spend the weekend at his ranch in Texas.

Mr. Bush said Tuesday that his attendance at the services would "pay our country's respect to a great world leader."

"He shows that one man can make an enormous difference," Mr. Bush said during a Social Security speech in Parkersburg, W. Va. "I look forward to honoring the memory of Pope John Paul II."

Mr. Bush will be the first sitting president to attend a pope's funeral. In 1978, when two popes died, President Jimmy Carter sent his wife Rosalyn and his mother Mrs. Lillian Carter to lead the delegations.