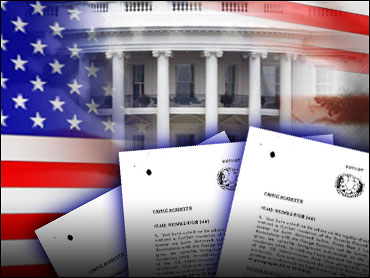 President Bush on Wednesday directed federal agencies to be more efficient in dealing with requests for government information, but he left in place a four-year-old policy that restricts access under the Freedom of Information Act.

Mr. Bush signed an executive order that calls on agencies to take several consumer-friendly steps, including streamlining the handling of requests under the FOIA and appointing senior officials to monitor compliance with the law.

The directive does not address a complaint of news organizations and other advocates of open government that too much information is withheld from the public.

"It's positive in the sense that it puts the president on record as recognizing that there is a problem with the FOIA process," said Mark Tapscott, director of the Center for Media and Public Policy at the Heritage Foundation.

"But the negative is that the focus is on process rather than getting at the root problems — too broad exemptions and complete lack of any penalties either for individuals or agencies that violate FOIA," Tapscott said.

The Associated Press is among the media organizations that have pressed for more government openness. Dave Tomlin, the AP's assistant general counsel, said Mr. Bush's announcement does not go far enough.

"Any step that improves agency compliance with FOIA is certainly welcome, but this one isn't nearly enough," Tomlin said. He said bills in Congress that go further are preferable.

More than 4 million FOIA requests were made to the federal government last year by the public and the media. Many requests drag on for years without resolution.

The government spends $300 million a year on FOIA matters and has taken expansive steps to improve government transparency and responsiveness, administration officials told Congress this year.

But watchdog and media groups have said that there has been a shift away from disclosure since an instruction from then-Attorney General John Ashcroft to agencies shortly after the attacks of Sept. 11, 2001. Ashcroft advised against the release of information when there was uncertainty about whether FOIA exemptions applied, such as for national security and law enforcement material.

An Ashcroft memo said information sought under the law should be released "only after full and deliberate consideration of the institutional, commercial, and personal privacy interest that could be implicated by disclosure of the information."

He reversed a Clinton administration policy that urged agencies to resolve FOIA requests by erring on the side of releasing, not withholding, government information.

Mr. Bush said last spring that he would look at ways to speed FOIA responses, acknowledging there is "suspicion" his administration is too security-conscious.

Rep. Brad Sherman, D-Calif., said that legislation he has sponsored with Rep. Lamar Smith, R-Texas, would give agencies less leeway to avoid a 20-day time limit to determine whether to comply with a request for records.

"The president has taken an important first step, but more needs to be done to assure timely access to government records," Sherman said.
By Mark Sherman