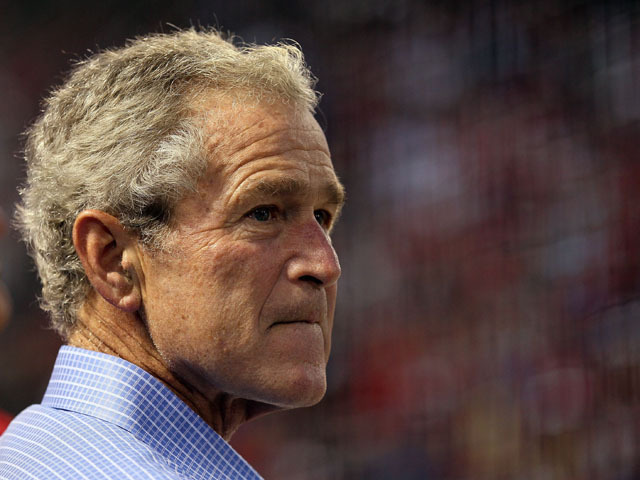 Highlights of President George W. Bush's forthcoming, 512-page autobiography, "Decision Points," are trickling out, mostly via the New York Times. For example, the New York Times reported that in 2004 Mr. Bush considered dropping his vice president Dick Cheney as his running mate to demonstrate that he was charge.

Michiko Kakutani's New York Times review of "Decision Points" reveals that Mr. Bush felt he was "blindsided" over the Abu Ghraib photos of prisoner abuse. He wrote that Secretary of Defense Donald Rumsfeld informed him about the military investigation into reports of abuse, but he was not aware of the graphic nature of the photos.

"The first time I saw them was the day they were aired on '60 Minutes II,'" he wrote. (Check out the 60 Minutes II story on Abu Ghraid here.) Mr. Bush also wrote that he felt blindsided by the financial crisis. He wrote that he assumed regulators and rating agencies were doing their jobs. According to Kakutani, "Decision Points" does not address his role in promoting deregulation and free market policies that helped precipitate the financial meltdown.

"Decision Points" is due for release Nov. 9.