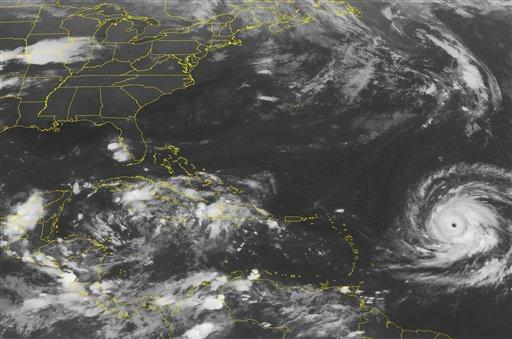 President Bush said Friday that attending Pope John Paul II's funeral was "one of the highlights of my presidency." He called the service "majestic" and said he was moved by the music and the sight of the pontiff's plain wooden casket.

The president spoke to reporters aboard Air Force One as he headed home to his Texas ranch.

Mr. Bush led the official U.S. delegation, which included his wife, Laura; Secretary of State Condoleezza Rice; and two of his predecessors – his father and former President Clinton.

Mr. Bush was the first U.S. president to attend a papal funeral.

"I think John Paul II will have a clear legacy of peace, compassion and a strong legacy of setting a clear moral tone," Mr. Bush said just hours after the service. He said he wanted to amend his remarks to add the word "excellent."

"It was a strong legacy," the president said. "I wanted to make sure there was a proper adjective to the legacy he left behind, not just the word clear."

His assessment of the pope contrasted with former President Clinton's, who earlier this week said that John Paul "may have had a mixed legacy" but that "on balance, he was a man of God, he was a consistent person, he did what he thought was right. That's about all you can ask of anybody."

Mr. Bush spoke with reporters in the conference room of his plane. "I'm really glad I came," he said. "There was never any question I would come."

Mr. Bush talked about his time in Rome in extraordinarily personal terms, saying it strengthened his own belief in a "living God."

He remarked on how affected he was by the services, particularly the music and the sight of the plain casket being carried out with the sun pouring down on it. As he viewed the pope's body, Mr. Bush said, he felt "very much at peace" and "much more in touch with his spirit."

"I knew the ceremony today would be majestic but I didn't realize how moved I would be by the service itself," the president said. "Today's ceremony, I bet you, was a reaffirmation for millions."

That was true for him, Mr. Bush said.

"No doubt in my mind the Lord Christ was sent by the Almighty," he said. "No doubt."

Mr. Bush said attending the funeral mass reminded him that faith is a long-term process, using a description of religious life common to evangelicals. "Faith — it's a walk, not a moment, not a respite," he said.

Mr. Bush was close to the front of the section reserved for world leaders, who were seated in alphabetical order — in French. The United States in French is Etats-Unis. A parallel section seated Catholic leaders. Mr. Bush sat on the aisle in the second row, next to his wife. Beside them were French President Jacques Chirac and his wife, Bernadette. The two presidents shook hands.

When Mr. Bush's face appeared on giant screen TVs showing the ceremony, many in the crowds outside St. Peter's Square booed and whistled.

The president rode to Vatican City in a limousine displaying two flags, the customary American flag on the right fender and, as a tribute to the pope, the white and yellow Vatican banner on the left. He left Rome immediately after the service.

The president also was taping his weekly radio address focused on the pope's life and legacy.

Mr. Bush was spending the weekend on his ranch in Crawford, Texas. His father accompanied him back aboard Air Force One, but Mr. Clinton took a backup Air Force plane back to the states.

On Thursday, Mr. Bush — eager to remain out of the limelight and keep the focus on the pope — met privately with Italian leaders and U.S. Catholic leaders in town for the funeral. He arrived in Rome late Wednesday.