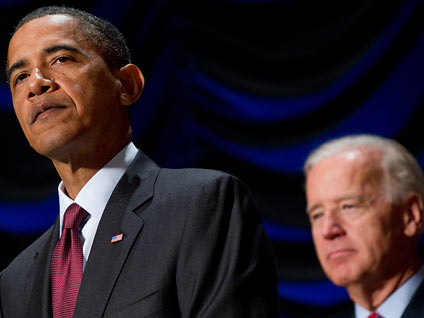 "A high oil price will damage markets and he knows that," Mr. Bush said of Abdullah, the de facto leader of the desert kingdom.

Asked whether pump prices would drop, Bush said that would depend on supply and demand.

But pumping capacity might not be the problem to any lack of gasoline in America. CBS News Correspondent Anthony Mason reports that Saudis say if they produced more, the United States wouldn't have the capacity to refine it.

Mason reports that while building more refineries might seem like an easy solution, due to environmental regulations, one has not been built in the United States for more than 30 years.

In other oil-related developments:

A recent Associated Press-AOL poll found the public giving the president low marks for his handling of energy problems, with 62 percent saying they disapproved. Earlier, a CBS News poll found general dissatisfaction with the job Mr. Bush is doing. Those surveyed gave him an approval rating of just 44 percent and still limp support for his proposed Social Security overhaul.

At least he's doing better than Congress, which earns a thumbs-up from only 35 percent of Americans – nearly as low a rating as it received last month immediately after lawmakers' unpopular intervention in the Terri Schiavo case.

Al Jubeir said Saudi Arabia is producing all the oil that its customers are requesting. He said the price is being driven up by a shortage of refining capacity.

"What we have done is explain to the U.S. what our production capabilities are," he told reporters about the meeting. "We also explained to the U.S. — and we have for months — what our plans are for adding to that capacity in the future years."

"The Saudis have some questions about refinery capability on our side and what they can do on their side with respect to refinery capacity," he said. "I think there's more discussion that needs to be done on that issue. ... What really came was a plan for increasing production through substantial investment — to the tune of about $50 billion over time. So it's a major initiative that they've undertaken."

A U.S. push for democratic change across the Arab world faces a difficult test with Saudi Arabia, a longtime ally ruled by a monarchy. Last week, Saudi Arabia completed its first nationwide elections, an experiment in democracy designed to take the steam out of militant Islamic movements.

The council posts that were on the ballots, however, have little power, and women were not allowed to vote. Moreover, the United States has long-standing concerns about human and civil rights in Saudi Arabia.

A joint statement by the two leaders reflected tensions over the issue of democratic change. It said: "While the United States considers that nations will create institutions that reflect the history, culture and traditions of their societies, it does not seek to impose its own style of government on the government and people of Saudi Arabia."

Both nations also agreed to cooperate in fighting terrorists. U.S.-Saudi relations were strained after the 2001 terrorist attacks, in which 15 of the 19 airplane hijackers were Saudis. But American officials have been much more satisfied with anti-terror efforts the Saudis have undertaken since militants' May 2003 attacks in Riyadh. Saudi officials have arrested hundreds and put new controls on the financing of terrorism from their country.

The president was accused during last year's presidential campaign of being too cozy with Saudi officials. But he paid such criticism no public mind. On Monday, he offered Abdullah a warm embrace and a kiss on both cheeks and gripped his hand as they disappeared into an office building on the ranch where bluebonnets, the Texas state flower, were making their spring debut.