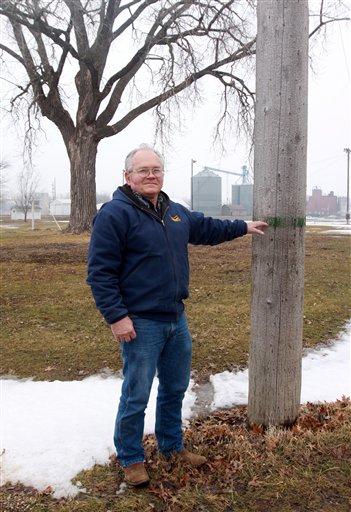 President Bush reported adjusted gross income of $784,219 for last year, on which he paid $207,307 in federal taxes, according to presidential returns released Friday by the White House.

The tax bill for the president and first lady Laura Bush was lower than the previous year, when the first couple reported $822,126 in adjusted gross income and paid $227,490 in federal income taxes.

The Bushes listed as income his presidential salary and investment income from trusts that hold their assets.

Throughout last year, the Cheneys paid $290,855 in taxes through withholding and estimated tax payments. When they filed their return on Friday, they paid the remaining $102,663.

The Cheneys' income included the vice president's $203,000 government salary and $194,852 in deferred compensation from Halliburton Co., the Dallas-based energy services firm he headed until Aug. 16, 2000. Cheney elected in December 1998 to recoup over five years a portion of the money he made in 1999 as chief executive officer of Halliburton. This amount was to be paid in annual installments — with interest — after Cheney's retirement from Halliburton.

"The amount of deferred compensation received by the vice president is fixed and is not affected in any way by Halliburton's current economic performance or earnings," a statement issued by the White House said.

The Cheneys' tax return also reports Mrs. Cheney's wage and salary income from the American Enterprise Institute, a conservative think tank in Washington, and compensation for sitting on the board of Reader's Digest until retiring in 2003.

The Cheneys donated $303,354 to charity in 2004, primarily from royalties from Simon & Schuster on Mrs. Cheney's books: "America: A Patriotic Primer," "A is for Abigail: An Almanac of Amazing American Woman" and "When Washington Crossed the Delaware: A Wintertime Story for Young Patriots."

Mr. Bush spent a portion of Tax Day in a suburban cafe in Ohio promoting the idea of making the tax cuts passed during his administration permanent. The White House gathered five local small business owners to sit with the president around a table at the Yours Truly Restaurant in Mentor, Ohio, and talk for the cameras about tax relief and how it had helped them expand their businesses and hire more employees.

"Tax relief helps small businesses. If you're interested in expanding jobs, one way to do so is to help small businesses," the president said. If Congress allows the tax cuts to expire, as most are now slated to do, "your taxes are going to go up," Mr. Bush said.

He also put in a plug for simplifying the tax code, an item on his domestic agenda that has taken a back seat to others such as overhauling Social Security. Mr. Bush said $300 billion in taxes go unpaid by Americans every year.

"That's why we need simplification," he said.