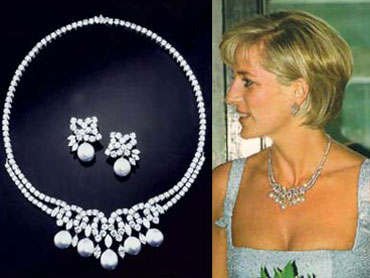 President Bush on Monday made a fresh pitch for his Social Security overhaul in this Republican-friendly state, yet a Republican congressman made clear that Mr. Bush still faces resistance within his own party.

While the president still hasn't offered a specific plan to strengthen the nation's retirement benefit system, he encouraged more lawmakers to offer their ideas as South Carolina's two Republican senators have.

"These men have been leaders in the debate," Mr. Bush said. "They've stepped up and said, 'Here are some ideas I want you to consider."'

Mr. Bush wants to allow younger workers to divert some of their Social Security tax contributions into private accounts invested in stocks and bonds, but some Republicans have been slow to embrace the idea. Democrats say they are united in opposing a plan they contend would break a social contract by shifting Social Security from a government-guaranteed benefit to a personal investment subject to the risks of the market.

Rep. Gil Gutknecht, R-Minn., said during an editorial board meeting with the (Rochester) Post-Bulletin that the president must overcome a "credibility problem" to revamp Social Security.

The congressman said many people think the administration underestimated the cost of the Iraqi war, then overestimated the benefits of Medicare's prescription drug plan.

"And now, all the sudden, they wonder why people are a bit skeptical of their ... plan on Social Security," he said. "It's partly a credibility problem."

Gutknecht also rejected the Bush contention that Social Security is in "crisis."

"If I use the word 'bankrupt,' you know, kick me, because I don't think that's a fair term to say about Social Security," the congressman told the newspaper. "It is not in crisis today. I don't use the word 'crisis."'

Mr. Bush got a vigorous standing ovation when he entered a joint session of the South Carolina Legislature in this conservative state, where the Confederate flag flies outside on the statehouse grounds despite protests from civil rights activists.

This is the 22nd state to which Mr. Bush has taken his case for revamping Social Security, reports CBS News White House Correspondent Mark Knoller. Despite Democratic opposition to his approach, he said he's optimistic Congress will enact what he calls meaningful social security reform.

"I am confident that members of Congress will come together to reach a permanent solution," Mr. Bush said.

The president, however, was greeted by a letter on the front page of The Columbia State, welcoming him to the state that he won handily last November but warning him that his Social Security proposal is "going to be a hard sell, even in conservative South Carolina."

The letter noted that the state's majority Republican congressional delegation is split over the issue. The state's senior senator, Lindsey Graham, has urged the president to switch his focus to the retirement program's looming insolvency and how to fix it. He also has broken with Republican orthodoxy to suggest that part of the solution will involve raising taxes.

Graham has assembled a small group of Democrats and Republicans to try to get a bipartisan bill that adds personal retirement accounts to Social Security. Mr. Bush's top economic adviser, Allan Hubbard, said the White House would be willing to consider personal accounts atop the current Social Security taxes and benefit checks instead as a replacement for part of each.

The state's other senator, Jim DeMint, also has offered his own plan.

Afterward, Mr. Bush stopped at Rockaway Athletic Club in Columbia to chat with area residents and eat a $5.10 cheeseburger.