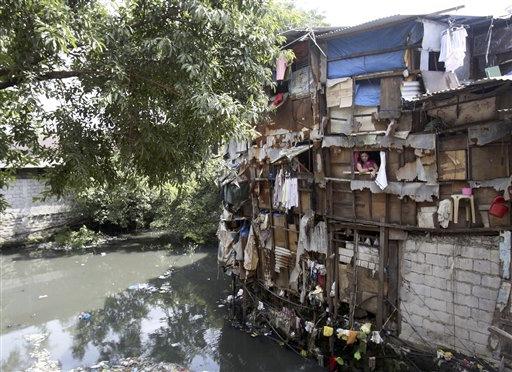 John R. Bolton, a blunt diplomat whose nomination as U.S. ambassador to the U.N. is opposed by most Democrats and some in the foreign policy establishment, pledged Monday to help strengthen an institution that has occasionally "gone off track."

The Bush administration is committed to the success of the U.N., Bolton, the undersecretary of state, said on the first day of his confirmation hearing before the Senate Foreign Relations Committee. He told lawmakers that "we view the U.N. as an important component of our diplomacy."

President Bush's selection of Bolton last month has stirred controversy because of his expressions of disdain for the United Nations and the blunt criticism he has leveled at North Korea and other countries and arms control treaties.

The committee's top Democrat, Sen. Joseph Biden of Delaware, expressed his "grave concern" about Bolton's nomination, citing doubts about his "diplomatic temperament," his statements about the U.N. and international laws and treaties, and his leadership on weapons threats in places like North Korea and Iran.

"In my judgment," Biden said, "your judgment about how to deal with the emerging threats have not been particularly useful."

Bolton, 56, has served in the past three Republican administrations and been one of his party's strongest conservative voices on foreign affairs issues. He is now the administration's arms control chief.

"With hearings scheduled to continue in the afternoon, the outcome of the hearings is far from clear," said CBS News Foreign Affairs Analyst Pamela Falk. "Serious questions are being raised by committee members on both sides of the aisle and the key question will be how much the White House has at stake in placing a controversial and outspoken nominee in a very visible forum of U.S. policy.

Bolton was asked about the impact on American standing overseas of the flawed U.S. intelligence on weapons of mass destruction in Iraq — displayed with much fanfare at the U.N. by former Secretary of State Colin Powell. "Unquestionably the failure to find weapons of mass destruction in Iraq has led some people to question our goodwill and credibility," Bolton responded.

He noted that the U.N. has both strengths and weaknesses and said that if confirmed he would try to help forge a stronger relationship between the United States and the United Nations, "which depends critically on American leadership." He said he aimed not just to promote American interests at the world body.

"We must work to galvanize the General Assembly to focus its attention on issues of true importance," he said.

"Sadly, there have been times when the General Assembly has gone off track," he added, citing the "abominable" resolution that equated Zionism with racism. It was repealed in 1991, with Bolton playing a leading role as a State Department official.

Sen. Richard Lugar, the Foreign Relations Committee chairman, talked at length about the controversy over Bolton, saying opponents have criticized him as "abrasive, confrontational and insensitive."

"In the diplomatic world, neither bluntness nor rhetorical sensitivity is a virtue in itself," the Indiana Republican said. "There are times when blunt talk serves a policy purpose; other times it does not."

Sen. John Kerry, D-Mass., said he had serious questions about Bolton's "commitment to the U.N."

"It is critical we have someone with respect for diplomacy, who believes in the United Nations despite its flaws," he said.

"I'm surprised the nominee wants the job he's been nominated for, given the many negative things he's had to say about the U.N.," Biden said.

Added Sen. Barbara Boxer, D-Calif., who aired excerpts from a 1994 Bolton speech to demonstrate what she said is his disdain for the U.N.: "You can dance around it, you can run away from it, you can put perfume on it, but the bottom line is the bottom line."

Three protesters briefly interrupted the proceedings, standing up in succession with pink T-shirts and banners, one reading: "Diplomat for hire. No bully please."

Critics of Bolton cite his comment from that 1994 speech that it would not matter if the top 10 stories of the 39-floor U.N. headquarters building in New York were lost.

"There's not a bureaucracy in the world that couldn't be made leaner," responded Bolton.

Committee Democrats also have circulated a portion of a 2-year-old Senate Intelligence Committee report questioning whether Bolton pressured a State Department intelligence analyst who tried to tone down language in a Bolton speech about Cuba's biological weapons capabilities.

According to committee aides who spoke on condition of anonymity, among critics being contacted by committee Democrats is Christian P. Westermann, a department intelligence officer who has clashed with Bolton.

Committee Democrats questioned whether Bolton tried to have Westermann's job portfolio changed as a result. Bolton said he had "lost trust in him and thought he should work on other accounts."

"There is nothing there, there, and I would put it all out on the public record — all of it," Bolton said.

In a recent interview with The Associated Press, Secretary of State Condoleezza Rice also defended Bolton, saying he is a good negotiator and would be great in the U.N. environment despite perhaps lacking subtlety.

Republicans control the Foreign Relations Committee by 10-8, and Lugar hopes for a vote on the nomination Thursday. Most, if not all, panel Democrats are expected to oppose the nomination. Bolton's nomination is also opposed by scores of retired American diplomats, who signed a letter to Lugar urging it be rejected.

"A lot will depend on how Sen. Lincoln Chafee, the Republican swing vote, will view the testimony by State Department and intelligence officials," said Falk.

Chafee spokesman Stephen Hourahan said the Rhode Island senator was leaning toward supporting Bolton "unless something surprising shows up" at the hearing.