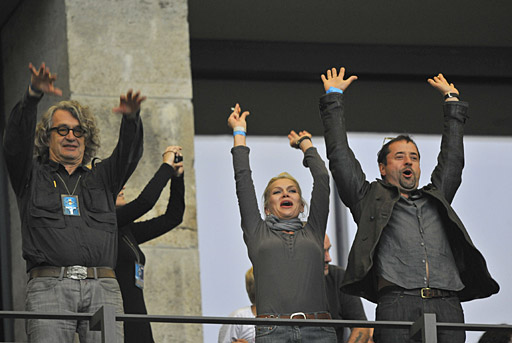 Amid concerns about a nationwide nurse shortage, a new study found that how many patients a nurse has to care for can be a matter of life or death.

Researchers found that patients had a greater chance of dying following surgery in hospitals where the nurses had to take care of more patients, according to the study in Wednesday's Journal of the American Medical Association.

A heavy workload also meant nurses were more likely to be burned out and unhappy with their jobs.

Researchers suggested that improving nurse staffing levels would not only reduce patient deaths but would also keep nurses on the job at a time when hospitals nationwide are struggling to fill nursing positions.

In the study, University of Pennsylvania researchers found that each additional patient in a nurse's workload translated to about a 7 percent increase in the likelihood the patient would die within 30 days of admission.

"To have more nurses is to have better patient outcomes," said lead researcher and nurse Linda Aiken, director of the Center for Health Outcomes and Policy Research at the University of Pennsylvania School of Nursing.

To the American Nurses Association, the study confirms what nurses have been saying all along: They make a difference.

"When a nurse can't be there to see the subtle changes that happen in patients and intervene when those changes are subtle, then patients are going to get into real serious crises and by the time they are in those crises we may not be able to save them," said ANA president Barbara Blakeney.

The study does not suggest how many nurses are needed to care for patients or whether there is a maximum number of patients per nurse hospitals should never exceed.

In the study, the researchers said a California law setting nurse staffing requirements is a credible approach to reducing patient deaths and retaining nurses.

But legislating nurse staffing levels is not the only way, said Dr. Thomas Russell, executive director of the American College of Surgeons.

"A more basic way is to look at the issues and say we have to make this a more appealing work environment so we can attract men and women into nursing," he said.

In the study, researchers used surveys from 10,184 Pennsylvania nurses and looked at 232,342 patients who underwent general, orthopedic or vascular surgery in 168 hospitals in the state. The patients underwent the operations in 1998 and 1999.