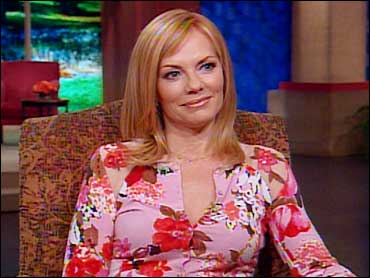 LaVell Edwards, who won a national title and built one of the most prolific passing offenses in college football history, is retiring as coach at BYU after this season.

Under Edwards, who will be 70 in October, the Cougars won the 1984 national championship with a 13-0 record, and he was selected the national coach of the year.

"You reach a point where it's time to move on and let someone else take a run at it," Edwards said Thursday. "It's turned out a whole lot better than I ever, ever, ever dreamed."

Penn State coach Joe Paterno called Edwards "one of the giants of our profession. There isn't anyone I respect more in coaching than LaVell."

Athletic director Val Hale said a search for a successor will begin "at some point where the timing is better."

"We're going to put the focus on this season," Hale said.

Edwards said he made the decision to retire in January and knew in spring practice this would be his last season.

He told his players of his decision during a team meeting Thursday morning.

"It was really silent in that room and I even felt a little teary-eyed," said defensive end and team captain Setema Gnali. "You could feel a happy kind of sadness. We're happy for him, but it's sad because everyone thinks of coach Edwards and BYU as the same thing."

Edwards' prolific quarterbacks grew into some of the biggest passers in NCAA history, including four Davey O'Brien Trophy winners.

The string started with Gary Scheide and Gifford Nielsen in the 1970s and continued with McMahon, Young, Detmer and others.

BYU quarterbacks under Edwards have passed for more than 100,000 yards, about 57 miles. The Cougars haven't been shut out for an NCAA-record 312 consecutive games.

Edwards was BYU's defensive coordinator when he was promoted in 1972 to succeed Tom Hudspeth. Edwards said he modeled his offense after the Stanford team that Jim Plunkett led to the Rose Bowl that year.

"I remember thinking that being a private school, with the limitations we had, I knew we were going to have to throw," Edwards said.

He was mocked when he installed a passing offense at a time when schools such as Oklahoma and Alabama were running the ball on virtually every dwn and winning national titles.

Edwards spoke to about 100 administrators, players and reporters. Seated in the front row was his wife, Patti, and a daughter, Ann.

Edwards enters his 29th season with a record of 251-95-3, ranking seventh in career Division I victories. He needs four victories this season to pass Tom Osborne for sixth place.

He ranks third among active coaches, behind Joe Paterno and Bobby Bowden.

Before Edwards was hired, BYU had won 43 percent of its games in 47 seasons.

Edwards also oversaw the 1982 expansion of Cougar Stadium to 65,000 seats and BYU has led the old Western Athletic Conference and the Mountain West for years in attendance.