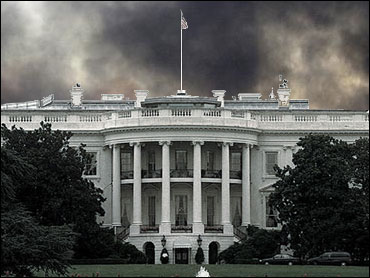 This isn't the cabinet of a third party. It's the cabinet the small-government, pro-business wing of the Republican party would put forward if they hadn't lost control of the party to the large-government, social activist. It has no appeal to even moderate liberals and Democrats. But please do try to run with it. It will split the Republican vote and assure victory for the slightly less annoying Democrats.


Sign me up! If you could recruit those candidates, the chorus of hosannas would be audible even to the corrupt politicos, who are deaf to any constituents who cannot grease their palms, and their bankrollers.

Halleluiah! Finally an idea that the rest of us, who are so disgusted with both parties, can embrace. Actually putting smart, qualified people in the positions that influence our decision-making as a government. What a novel idea.

Where can I join? When can I vote? Superb choices from top to bottom. They don't owe anyone anything.

Damn it! When I started reading this article I was almost getting excited to think that something of this magnitude was being planned. It was only after reading the whole article did I see it was "make believe". I would like to believe that I am not in the minority of thinking that our two party system is in such a need of an overhaul but that it is unlikely to happen in my lifetime. There is certainly a need for change in our government. Neither party can seem to agree on anything, spending is out of control, the people suffer while the politicians go about making money hand over foot. I would much rather see accomplished leaders in the roles of government. I am tired of seeing friends and family with no qualifications taking great leadership positions only to see them fail miserably when things go wrong. I just wish the American people would wake up and do a thorough evaluation of their party and see they have not done anything except for themselves. I see them living the American Dream but for most of us that is still just that "a dream". It is hard to bribe someone who already has everything and I suspect that by placing those "already wealthy" in power might show the lobbyists who should be running the country. No more kickback, no more fancy jets, no more "I am a politician, living like a rock star" lifestyles. The members picked for the president and cabinet already have what they need and if they were serious about getting this country back on track and a truly global power in all aspects then the public should take a long hard look and make that decision, if not for us then for future generations.


If NY Attorney General Elliot Spitzer isn't on your list (and it isn't) you aren't paying attention. There is no one more "independent" and no one with a resume that sparkles as much in cleaning up corruption which should be the most important priority of any third party. Spitzer would be like a Pennsylvania Ave. Grim Reaper street sweeper, collecting corrupt souls like grandma collects nic nacks. Put him on your list as AG.

I recently read your story dealing with Third Party Cabinet Draft Picks. I also read your article A Recipe for 3rd Party. While I generally agree with your picks for the cabinet I am suspect of your choices for the top two positions you apparently have not looked outside the Republican Party. For example you did not consider Vice president Al Gore, who fits well within your criteria of have a track record of public service. Nor did you apparently consider such people as Howard Zinn or Noam Chomski. Please don't be afraid to think outside the box when you are thinking about the future direction of our great country. Knowing that we are going in the wrong direction is not enough. We need to know what the best direction for our country is.

The major parties should read this article, then look in the mirror. I am a hard core Democrat, but some of our choices make be sick. Where does it say you have to be an elected official to make decisions at a higher level. Why can't it just be people that know what they are talking about and aren't afraid to do it. All politicians should take a lesson from your article.

Awesome choices Dick. I'd vote for this ticket over any other ticket that the Republicans or Democrats could offer. But I noted the absence of Colin Powell, the one voice of reason in Bush's first term cabinet (and a big reason he is no longer there). If Bloomberg won't take the top spot, how about Powell?