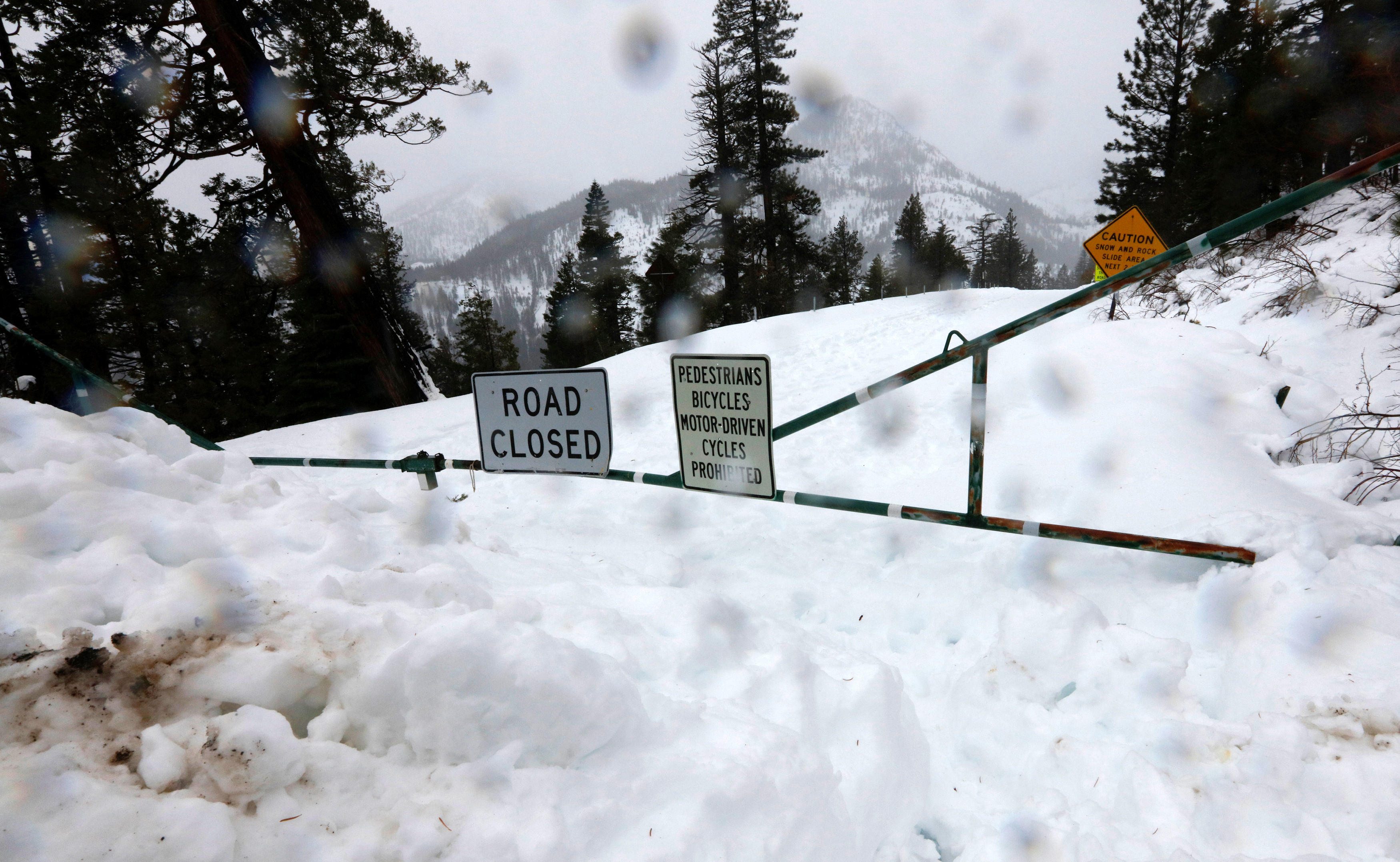 PHILLIPS STATION, Calif. -- Clambering through a snowy meadow with drifts up to the tree branches, California’s water managers measured the state’s vital Sierra Nevada snowpack Thursday at a drought-busting and welcome 173 percent of average.

Runoff from the overall Sierra snowpack, which provides arid California with a third of its water in a good year, stood at the highest level since 1995 for this point in the year, California’s Department of Water Resources said.

State officials say Gov. Jerry Brown will wait until closer to the end of California’s rain and snow season this spring to decide whether to lift an emergency declaration addressing the devastating five-year drought.

But Thursday’s snowpack reading, which took place in a meadow that had been bare of snow at the height of the drought, was good news.

“It gives everything a much brighter outlook,” said Frank Gehrke, the state’s snow-survey chief, who conducts the snow surveys several times each winter.

Photographers and other journalists trailed Gehrke in a Groundhog Day-style ritual in the state, where water shortages from the drought and from overuse have often dominated the news.

Gehrke noted the snow plows rumbling and ski lifts humming up and down the mountain range when he poked a rod into the drifts at Phillips Station, about 90 miles east of Sacramento.

Gehrke had to change his route because the snow was so much higher than normal. At Phillips Station, his measurements showed snow at a level that would have melted down to 28.1 inches of water. That compares to 11.3 inches in an average year.

The state measures overall snowpack through more than 100 electronic sensors throughout the Sierra Nevada.

Statewide, snowpack stood at 173 percent of average for the date.

Back-to-back-to-back storms in January that each dropped a hurricane’s worth of water have put the state at 108 percent of its normal rain and snow for the whole year, said Michael Dettinger, a hydrologist for the U.S. Geological Survey. That’s with two months still left in the rainy season.

The storm systems, known as atmospheric rivers, “caught us all off-guard, how many came in so quickly, and turned everything around,” Dettinger said.

January’s storms have lifted the northern half of the state out of drought. On Thursday, 51 percent of the state remained in drought, compared to 95 percent at this time last year.In January of 2014, Brown stood at Phillips Station to declare a drought emergency in California. He ordered mandatory water conservation in cities and towns. Phillips Station at that point held no measurable snow, amid the state’s driest three-year stretch in history.

State water officials lifted the statewide mandate for a 25 percent reduction in water use as the drought eased. Some conservation orders remain in effect.

Given this year’s wealth of rain and snow, some farmers and city governments are urging the state to provide them with more water. That would mean cutting back on water the state allows to flow to the Pacific Ocean, to benefit struggling native species whose numbers have dwindled in the drought.