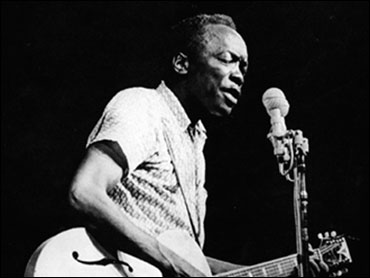 West African leaders have proposed an international force that would include 2,000 U.S. troops to restore peace in Liberia, officials said Monday.

The United States has expressed a willingness for some role in efforts to bring peace to Liberia, though it has made no specific agreement to supply troops.

"We are looking at an international force, and we are looking at the various ways we can support it," the United States' deputy U.N. ambassador, Richard Williamson, said in Accra.

President Bush is scheduled to visit Africa in July and regional leaders are hoping for a commitment of U.S. troops before his arrival.

Nations in the region would contribute 3,000 troops to the force, with the remainder coming from the United States, the officials said on condition of anonymity.

France, Britain, U.N. diplomats and both sides in Liberia's fighting have pushed for an American role in a peace force for a country that was founded by freed American slaves in the 19th century and was a regional U.S. ally and trade partner during the Cold War.

So far, the United States has only made repeated calls for Liberia's rebels and government to honor a June 17 cease-fire agreement.

In a briefing on Friday, State Department spokesperson Richard Boucher said the U.S. was considering "beefing up" the security contingent for U.S. diplomats in Liberia.

"Second of all, there's the question of getting the joint monitoring committee or the joint verification team up and running," Boucher said. Also, "there are these talks of further intervention, whether that's necessary or appropriate. I don't know at this point."

"We are looking at these things, considering what we might do," he said.

Mr. Bush is scheduled to visit five African nations in July in a trip meant to show his administration's commitment to Africa, though Liberia is not among the stops.

Fighting between Taylor's forces and the rebels fighting to oust him killed hundreds of trapped civilians in the capital, Monrovia, this month. Rebels have fought for three years to take the capital and unseat Taylor in a war that has displaced more than 1 million Liberians and resulted in widespread abuses against civilians.

Mr. Bush has urged Taylor, who has been indicted for war crimes in neighboring Sierra Leone, to resign.

U.N. Secretary-General Kofi Annan on Saturday called for an international peace force and urged an unspecified Security Council member take a lead role — a statement widely assumed to refer to the United States.

"There are lots of expectations that the United States may be prepared to lead this force," Annan said Monday in Geneva. "Of course that is a sovereign decision for them to take but all eyes are on them."

"The Americans can lead the force, and the West Africans can play a supporting role," Charles Bennie, a rebel envoy, said in Accra, Ghana, site of talks that have been suspended since renewed fighting last week shattered the cease-fire.

The rebel official pledged that his side would not target Americans if they got in the middle of another Liberian cease-fire.

"If they get involved they will not face hostilities" from rebels, Bennie said. "I don't know about Taylor's forces — although I don't think his troops will fight Americans."

Some observers have called on the United States to emulate the roles taken by Britain and France. British troops were sent in to bolster a cease-fire in Sierra Leone, a former colony, while French soldiers helped quell unrest in its former holding, Ivory Coast, as well as eastern Congo.