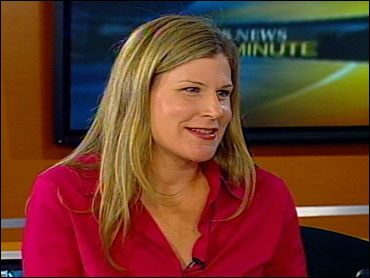 Even the calmest parents can lose their cool when their child is throwing a temper tantrum. Tricia O'Brien, Features Editor of American Baby Magazine, has some tips for ending tantrums quickly.

It's important to know the triggers of a tantrum. The two biggest issues are hunger and sleepiness. A tired, hungry child is more likely to throw a tantrum.

To cope, first, try ignoring your child. "When your child is having a tantrum, they're literally out of their mind," says O'Brien. Ignoring your son or daughter gives no reaction to their outburst.

Also, give them some space. When children throw tantrums, they tend to flail their arms and legs or drop to the ground. Give them space both physically and mentally. Let them get their anger out, then try talking to them.

Many parents also find creating a diversion works wonders. "Kids have really short attention spans, and if you can divert their attention from what they're having a meltdown about, it might be all over," says O'Brien.

Another way to divert attention is to change the scenery around your child. Take them to another part of the store, another room or to the car. This distracts the child and gives them time to decompress.

However, not every tantrum should be ignored. Tantrums happen in the first place because your child wants something and they're not getting it. Younger children don't always have the vocabulary skills to express themselves, so you may need to help them find the words or point to the things they're asking for.

Don't forget to let your child know you love them, though, even in the midst of a tantrum. Hugs can go a long way to show your child that even though they're misbehaving, you hear what they're saying.

If you're going out, consider offering incentives. "You want to do it beforehand," says O'Brien. Tell your child that if they're good throughout your whole outing, you'll give them a treat or let them watch their favorite video at home.

If all else fails, laugh it off. Studies have shown that the only way other parents judge a tantrum is by how the mother or father reacts to it. "If you can stay calm and just let your child flail about... other moms will say, 'Wow! She handled that really well!'" says O'Brien.

Finally, don't lose your cool. Speak calmly to your child throughout the whole tantrum. "They really want attention from you, negative or positive attention. When you get worked up, that just feeds the fire," says O'Brien.