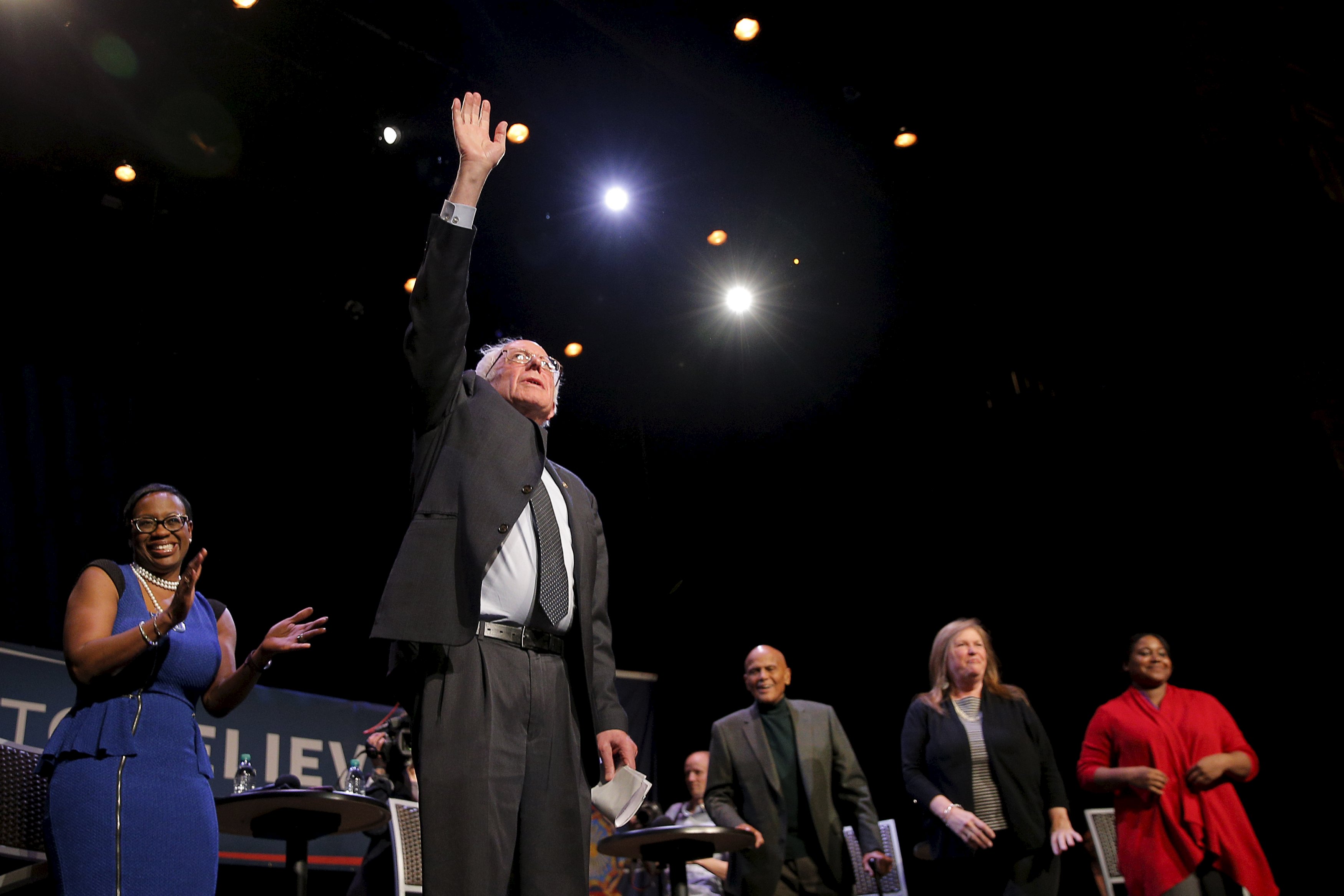 NEW YORK --Democratic presidential candidate Bernie Sanders invoked his Jewish faith as a basis for his understanding of racial injustice on Saturday.

At a forum on race and social justice issues at Harlem's Apollo Theater, Sanders said he can remember tears coming down his face when he learned as a child that most of his father's family had been killed in the Holocaust.

He said that knowledge helped him understand that hatred based on the color of someone's skin or accent is "grotesque and awful."

Sanders says he knew from a young age he wanted to spend his life fighting that type of hatred and systemic racism.

The forum also included entertainer and activist Harry Belafonte, former Ohio state senator Nina Turner and Erica Garner, the daughter of Eric Garner, a Staten Island man who died in 2014 after being placed in a chokehold by an NYPD officer.

When Sanders began taking questions from the audience, one man had pointed things to say about Judaism.

"As you know, Zionist Jews -- and I don't mean to offend anybody, alright?" said the man, later identified by the New York Times as John Prince. "They run the Federal Reserve, they run Wall Street, they run every campaign."

As the crowd booed, Prince asked Sanders, "What is your affiliation to your Jewish community? That's all I'm asking."

"I am proud to be Jewish," the candidate said, to applause from the audience. Sanders went on to say he was a "strong defender of Israel, but I also believe that we have got to pay attention to the needs of the Palestinians."

The Vermont senator rarely talks about being Jewish when campaigning. He told the crowd he finds it "uncomfortable" to talk about himself.

The Wyoming win isn't likely to help him make up much ground against rival Hillary Clinton in the delegate race that will decide nomination.

The state awards just 14 delegates overall, and before Saturday's results, Clinton held a commanding lead of more than 200 pledged delegates.

Sanders and Clinton have each campaigned hard in New York over the last few days, hoping to rally voters ahead of the Empire State's primary on April 19.

"If we can win here in New York State, it will be a huge step forward," Sanders said Saturday.