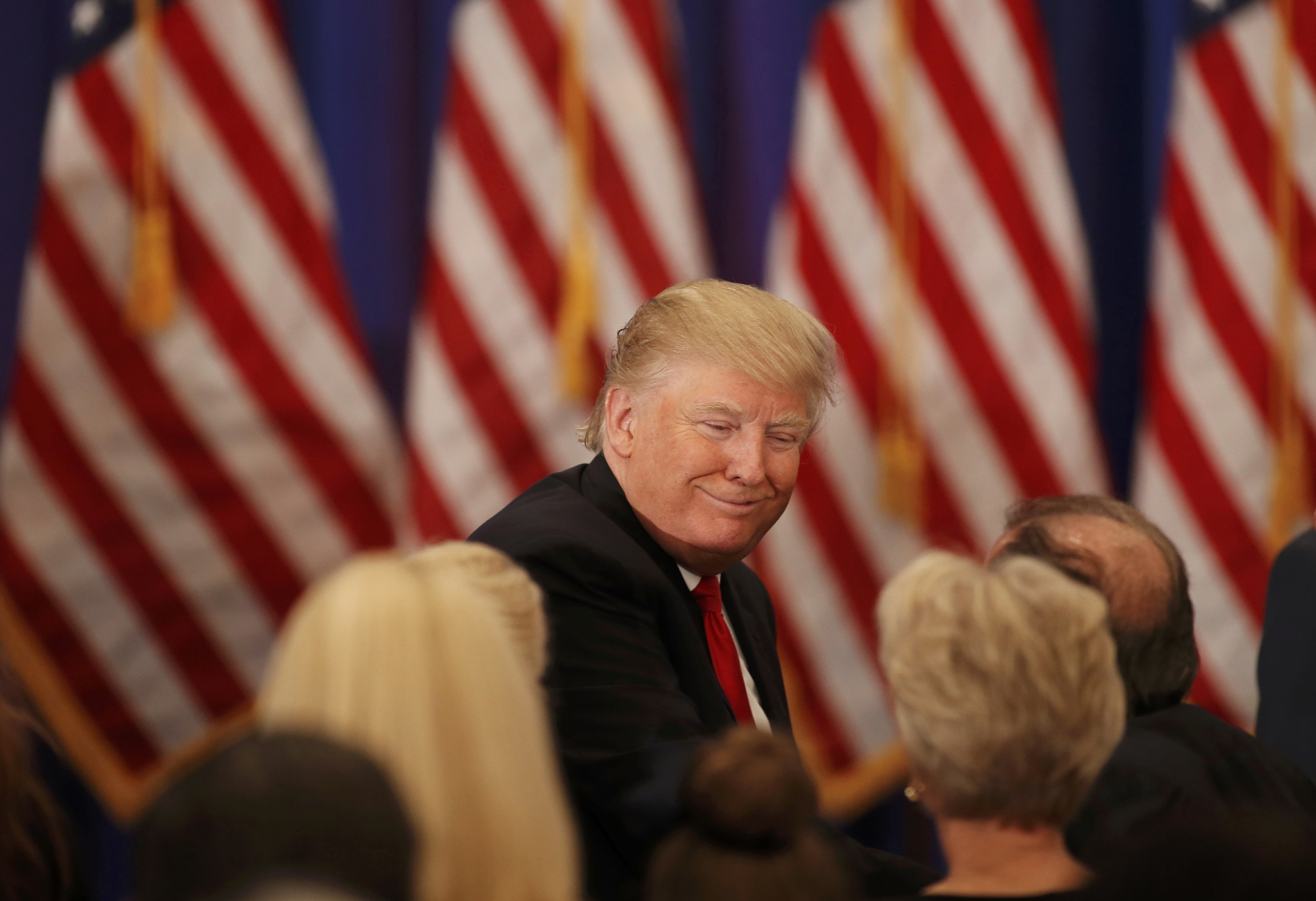 HONOLULU --- Donald Trump has won the Hawaii Republican presidential caucuses, claiming the last prize in a night of victories for the Republican front-runner.

Wind, rain and long lines didn't keep the state's passionate voters from the polls to decide how the Republican presidential candidates would split the state's 19 delegate votes.

"Our votes here might be a small vote, but nevertheless, we're here to do our duty," said Al Carvalho, 49, who co-owns a contracting business with his wife. "I'm voting for Donald Trump because I'm tired of the career politicians, and I'm willing to give somebody else a chance."

Polling stations were open from 6 p.m. to 8 p.m. Observers expected 10,000 or more voters to turn out for the caucuses in the largely Democratic state, although Marcia Tagavilla, executive director of the Hawaii Republican Party, said she hoped to double that number.

At Kalani High School in Honolulu, cars were lining up waiting to park and voters in the cafeteria were stuffing ballots into plastic bins.

But some Hawaii Republicans worried the tone of the presidential campaigns would discourage voters in a state where modesty and harmony are revered. For instance, they say Donald Trump's remarks about keeping Muslims out of the country turned them off.

"I just think Cruz is the best guy for the job, at this point," said Jim Grey, 82, a veteran who lives in Hawaii Kai and works at a hardware store. "Trump scares the hell out of me."

"If candidates are looking to win over the state, then I think they need to be a little bit more open to diversity and a little more centrist about their approach," said Beth Fukumoto-Chang, the House Minority Floor Leader.

Nathan Paikai, a minister who is leading Trump's campaign efforts in Hawaii, sees it differently.

"There's many people out there who say, 'I don't like the way he talks," Paikai said about Trump. "My response is, if it's a soft tone and it's a lie, do you believe it? What does it matter about tone?"

Honolulu police were called to a polling place Tuesday evening when Paikai got into an argument with a Ted Cruz supporter. No one was arrested.

Paikai said Mark Bell's shirt, which had Cruz's name on the back, violated election rules about campaigning around a polling place. Bell, who said he was there to vote, insisted that as long as he was 50 feet away from the ballot box, he could stay.

Hawaii Republican Party volunteer Celyn Chong Kee, who was leading the voting at the polling station, said that as long as Bell either took off or turned his shirt inside-out when he was close to the ballot box, he was not breaking any rules.

Republican state Rep. Bob McDermott said he's supporting Cruz, in part because "in the debates, he has behaved himself and acted like a statesman." But he credits Trump with helping to attract more voters into the party.

"Trump, for all the criticism, he's expanding the base, and I think the Democrats are worried about that," McDermott said.

Hours before polls opened the Hawaii Republican Party headquarters was buzzing with phone calls about where people could vote, said Marcia Tagavilla, the executive director of the Republican Party of Hawaii.

Tagavilla says a lot of voters have said it is their first time participating in the state's caucus.

The Hawaii Republican Party ran the caucuses in a style similar to a primary election, meaning Republicans will cast their votes privately.

They set up polling stations on every island for a total of 45 sites at 44 different locations.

Hawaii will send 19 delegates to the Republican National Convention. The caucus voting determined how many delegates each candidate will get, based on a proportion of the votes. Then, based on the results, each candidate's campaign will select which delegates they'll send to the convention to cast their votes.

Despite being small and being sandwiched between Super Tuesday and major battles in Ohio and Florida, Hawaii's Republican presidential caucuses are a big deal in the state.

"Because the state doesn't have a party line voter registration system, this is our method to bring people into the party," said Andrew Walden, chairman of the caucus committee for the Hawaii Republican Party. Any registered voter who signs a Republican Party card can vote in the caucuses, and unregistered residents will be able to register to vote at polling locations.