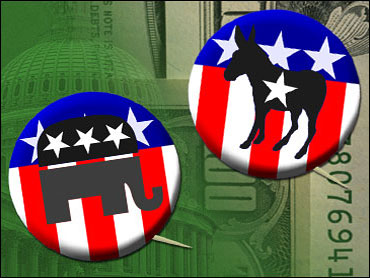 Boehner, a big GOP fund-raiser, revealed the alleged fraud in amended files sent to the Federal Election Commission and in a letter sent to thousands of supporters.

"During an audit, we found suspicious activity and immediately took corrective action ... While I cannot discuss details of an ongoing investigation, I can tell you that the embezzled amount is significant and the deceptions were very clever," Boehner said in the letter.

Boehner's committee filed amended campaign finance reports with the FEC for the last three years to correct irregularities. The amount in question won't be listed as debt because it's unlikely that treasurer Russell Roberts of West Chester, Ohio, will be able to pay it back, said Boehner's attorney, Jan Baron.

Baron wrote in a letter to the FEC that "irregularities had been hidden through a series of deceptive practices to falsify records and conceal activities. The Committee's former treasurer was confronted and then admitted that he had been misappropriating Committee funds to support a gambling habit."

Roberts, who volunteered for Boehner's first congressional campaign in 1990 before taking over as treasurer in 1994, was described by Boehner as a trusted campaign treasurer. He was fired and replaced by a professional treasurer last month after the audit was completed.

The Friends of John Boehner Committee reported raising $1.1 million in the last election cycle. Papers filed with the FEC on Tuesday show Boehner with $95,500 in the bank for first quarter that began Jan. 1 and ended March 31. That figure reflects adjustments made after the alleged fraud was discovered, Baron said.

"Safeguards that should have prevented this were not in place," Boehner wrote in his letter. "They are now, and to a degree not seen in most congressional campaigns."

From now on, all checks the committee cuts of more than $500 must be signed by two people and Boehner will review a monthly report of all financial records. The committee also will undergo an external audit every two years.