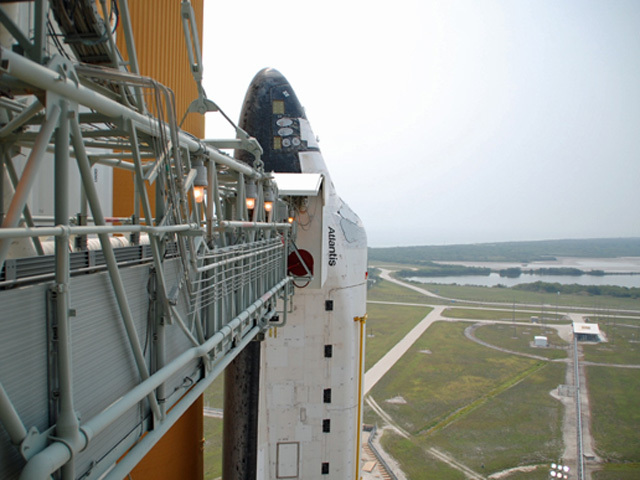 NASA's final Space Shuttle mission countdown is underway and the handwringing over a manned flight hiatus is picking up. The big question: Does the last Shuttle mission signal weakness or a necessary transition to a better way?

The Atlantis is scheduled to lift off for a final mission on Friday, but weather may delay the launch time. The last mission is essentially a final supply run to the International Space Station. After that, NASA---and the U.S. space program---is in a manned flight limbo of sorts as private sector picks up the space travel baton.

A sampling of recent press coverage highlights some of the reality behind the final Shuttle mission.

So where is NASA headed? President Obama said on his Twitter town hall that NASA needs a new frontier. NASA Administrator Charles Bolden defended NASA, its plan to move forward and shot down critics over a backup plan. Bolden said:

As a former astronaut and the current NASA Administrator, I'm here to tell you that American leadership in space will continue for at least the next half-century because we have laid the foundation for success - and for NASA failure is not an option. Once again, we have the opportunity to raise the bar, to demonstrate what human beings can do if we are challenged and inspired to reach for something just out of our grasp but not out of our sights.

In many respects, Bolden noted that the U.S. needs to outsource low-orbit to the private sector.

When I hear people say - or listen to media reports - that the final Shuttle flight marks the end of U.S. human spaceflight, I have to say . . . these folks must be living on another planet. We are not ending human space flight, we are recommitting ourselves to it and taking the necessary - and difficult - steps today to ensure America's pre-eminence in human space exploration for years to come.

But we have to do things differently. For one, we have to get out of the business of owning and operating low Earth orbit transportation systems and hand that off to the private sector, exercising sufficient oversight to ensure the safety of our astronauts.

We need to focus on deep space exploration, while empowering today's innovators and entrepreneurs to carry out the rest. This new approach to getting our crews and cargo into orbit will create good jobs and expand opportunities for the American economy.

And let me be crystal clear about this: I believe that American companies and their spacecraft should send our astronauts to the International Space Station, rather than continuing to outsource this work to foreign governments. That is what this Administration is committed to, and that is what we are going to do.

In other words, the future of manned flight will depend on companies like SpaceX, Lockheed Martin and Boeing.

If the U.S. can go through the transition to private low-orbit vehicles, maintain leadership and keep focused on going to Mars and deep space perhaps this three-year hiatus is worth it. In the meantime, many folks will wonder if that Atlantis lift-off is a time to celebrate or mourn. (This piece originally appeared on our sister site SmartPlanet.