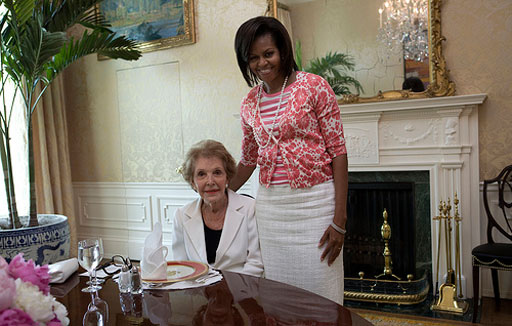 Believers call Dr. Harvey Karp a miracle-worker who can trigger almost opium-like serenity in a crying baby within seconds.

Detractors say the pediatrician uses nothing more than an old bag of tricks that have no basis in scientific fact.

Like him or not, Karp's new book and video, "The Happiest Baby on the Block," have become the talk of pediatric circles, landing him on national television and at medical meetings, including a patient education conference next month co-sponsored by the American Academy of Family Physicians.

"Miraculous is the only word I could use," said new dad Mark Skoultchi, a New York marketing firm employee. Skoultchi says he and his wife first tried Karp's methods on their "incredibly colicky" month-old daughter, Anna, last weekend. "It immediately sort of turns her off."

Karp suggests five techniques to calm even the fussiest of babies — swaddling, lying on the side or stomach position except for sleeping, shushing, swinging or rocking, and sucking (breast, bottle or pacifier). Some babies will need all five, others just a few to help induce what he calls the "calming reflex."

Critics say Karp is riding to fame on the strength of his patients' VIP parents, who include Michelle Pfeiffer, Pierce Brosnan and Madonna. Endorsements from several stars appear on his book jacket and video cover.

"I was skeptical," said Dr. Rosanne Oggoian, a pediatrician in Lake Villa, Ill., who saw Karp promote his techniques on TV.

But then she tried the techniques on her patients, including one particularly fussy infant who was soon "just staring off to the side like she had an inner calm. I was so surprised. I had never seen this child like this before," said Oggoian, who now urges parents with fussy babies to try Karp's techniques.

Other supporters include Dr. Morris Green, author of two classic pediatrics textbooks, and Dr. Steven Shelov, editor of the American Academy of Pediatrics' respected parenting guide, "Caring for Your Baby and Young Child."

"He takes some commonsense things based on some good research and puts them in the hands of parents — and it works," Shelov said.

During a recent promotional visit to Chicago, Karp explained his methods are based on 25 years experience as a pediatrician and research — his own and others' — into infant-care techniques used by different cultures throughout history.

"We've had all the ingredients in front of us all the time," Karp said. "It's just the way it's all put together," he said.

Nonetheless, the book's subtitle calls the methods "the new way to calm crying." And Karp's occasional failure to identify whose theories he's borrowed has ruffled some feathers.

Chicago pediatrician Dr. Marc Weissbluth says his own popular guide to helping babies sleep better talks about young infants being fetus-like, "which (Karp) doesn't give any reference to."

Overzealous parents may swaddle too tight and interfere with the infant's breathing. Or, Thatch said, they might misinterpret Karp's advice to calm babies by putting them on their sides or stomachs, and instead have them sleep in those positions — which increases the SIDS risk.

Karp says babies should be moved to their backs for sleeping and his book mentions the SIDS risk — but Thatch says not prominently enough. The paperback version coming out next year will emphasize the risk even more, Karp said.