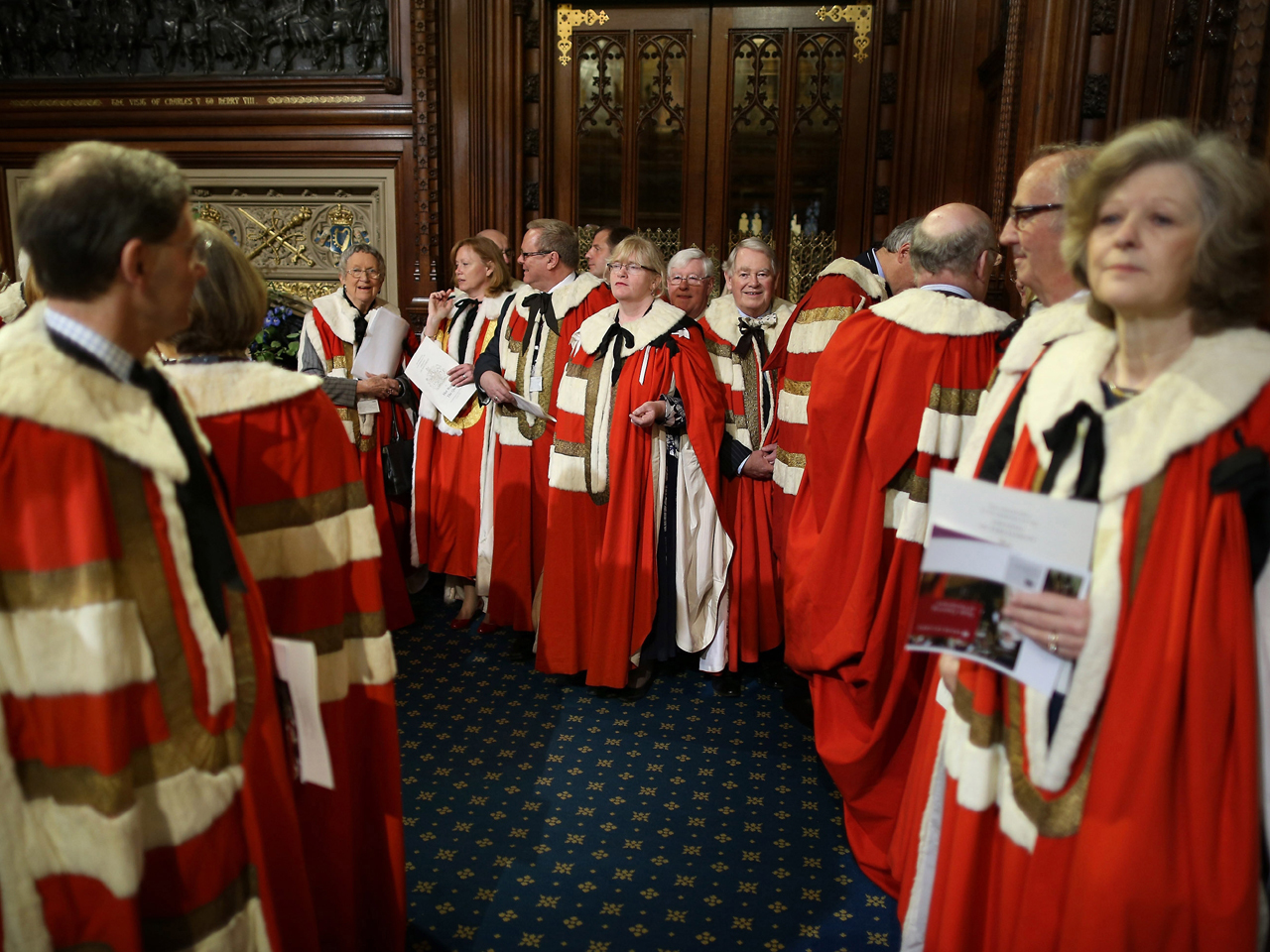 (CBS/AP) LONDON - Can Britain's government ditch the dukes, eject the earls and kick out the cronies?

Prime Minister David Cameron was setting out ambitious plans Wednesday to replace Britain's 700-year-old House of Lords, the country's unelected upper chamber, with a smaller, mostly elected body — taking on a task that has frustrated his predecessors for decades.

If passed by Parliament, Britain would strip the country's non-elected elites of a legislative role they have held since the Middle Ages and hold its first elections to a new, 450-seat chamber — which could potentially be renamed the Senate — in May 2015.

The reforms would see the remaining hereditary peers — members who inherited a place in the chamber from their nobleman forebears — removed, and impose 15-year term limits on those elected. Currently, members of the House of Lords — known as peers — are appointed for life.

"We've been talking about it as a country for 100 years," Deputy Prime Minister Nick Clegg said. "I think we should just now get on with it."

Cameron and Clegg's coalition government faces an uphill battle, however. Many members of the lower chamber - which would have to approve the reforms - are against changing the House of Lords, including many from Cameron's own Conservative party.

But the biggest challenge may be apathy. Previous governments have laid out similar, even less-ambitious plans, and have failed to gain enough support in Parliament.

London Mayor Boris Johnson, an outspoken member of the Conservative party, told the BBC on Wednesday that in his view, the issue simply wasn't important enough for lawmakers to tackle.

The House of Lords currently has about 775 working members, a mix of 660 appointees, 89 hereditary peers and 26 people who hold ecclesiastical offices, like the Archbishop of Canterbury Rowan Williams.

While it can amend planned laws, the upper chamber does not take a role in creating legislation. The elected, 650-member House of Commons can vote to overturn revisions made by peers, or — though it is rarely used — deploy a veto to reject persistent attempts by the Lords to radically alter, or significantly delay, contentious proposed policies.

Supporters of the House of Lords insist that its current membership — which includes former military commanders, surgeons, academics and spy chiefs — brings wide expertise to its role in scrutinizing suggested policy, a range of skills unlikely to be matched in a chamber of elected politicians.

Critics, however, point out that only Lesotho — the tiny African kingdom — has a political system similar to Britain, where a mixture of unelected and hereditary appointees can influence laws.