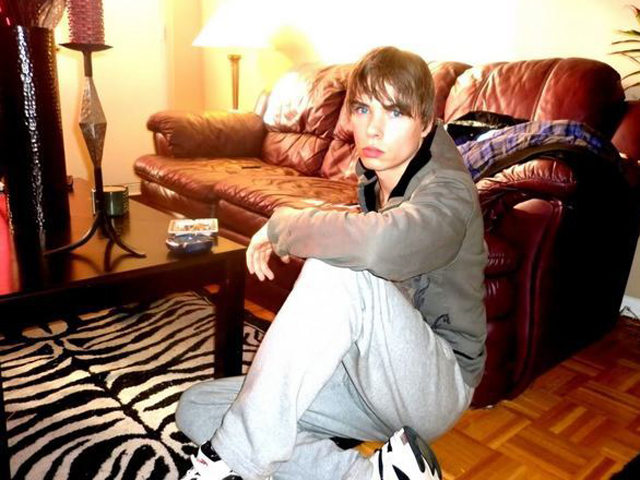 Police said they could not immediately confirm if the body parts in question were the missing extremities of Chinese student Jun Lin, whose hand and foot were discovered last week when they were mailed to Canada's top political parties.

The suspect, Luka Rocco Magnotta, 29, was caught Monday in Berlin, after evading police for days while he partied in Paris. He told German authorities he would not fight extradition to Canada.

The British Columbia Coroner's Service and the Vancouver police's major crime investigators have been called in.

"There is no indication any student or staff has been targeted at any school," Lemcke said. "This must have been a very traumatic incident for all involved in the schools involved in opening the packages and the Vancouver Police Department will assist any way we can with our victims services section."

Video footage of what authorities believe to be the killing seems to show the suspect eating the body, said police in Montreal, where the death occurred.

Montreal Police Cmdr. Ian Lafreniere said that although police have not been able to conclusively confirm it, they suspect Magnotta ate parts of the victim's body.

"As gross and as graphic as it could be, yes, it was seen on the video," Lafreniere said.

Authorities allege Magnotta filmed the slaying in his Montreal studio apartment and posted it online.

A copy of what police believe is the video of the killing, viewed online by AP, shows a man with an ice pick stabbing another naked, bound male. He also dismembers the corpse and performs sexual acts with it.

It did not show anyone eating the body but did show a man using a fork and knife on it. Police suggested Tuesday that they have access to more extensive video of the killing, possibly an unedited version.

"We're keeping some details for ourselves," Lafreniere said.

Shortly after the killing, authorities say, Magnotta flew from Montreal to Paris.

Scores of French police hunting for him were inundated with hundreds of tips and alleged sightings of the suspect, whose photo was splashed in newspaper papers, TV screens and websites worldwide, thanks to an Interpol alert. The suspect monitored news reports about what police knew and took steps to evade authorities.

Witnesses contacted French police with claims of having seen Magnotta partying in the Bastille area of east Paris, said Christophe Crepin, a police union official who shared details about the manhunt in a phone interview with The Associated Press. One tipster said Magnotta drank a late-night Coca-Cola at a bar in the northwestern Batignolles quarter, which police collected for fingerprints. Pornography magazines and an air-sickness bag from the plane he had taken from Montreal to Paris were found in a dingy hotel room where he stayed in Bagnolet, northeast of Paris.

"He needed to be seen, and to party," said Crepin, who relayed information he received from agents in the judicial police unit that tracks fugitives. "Naturally some of the people who saw him broke out into a cold sweat when they recognized him."

Magnotta's refusal to stay low eventually got him caught. He was arrested while reading about himself at an Internet cafe in Berlin after an employee recognized him from a newspaper photo and flagged down a police car.

Magnotta appeared before a German judge in the afternoon and was ordered held pending extradition, police spokesman Thomas Neuendorf said. He was then transferred to a Berlin prison from a police detention center.

He will have to go before a German court for an extradition hearing once Canada formally requests that he be returned for trial, Neuendorf said.

"I assume there will be no problems," he said. "According to his statements to prosecutors he will not fight his extradition."

That means Magnotta could be returned to Canada as early as this week, according to authorities. The Canadian Embassy in Berlin declined to comment on when Ottawa may file the official papers seeking extradition.

Cmdr. Denis Mainville, the head investigator of the Montreal police major crimes unit, said investigators will review hundreds of homicide cases over the last 30 years in Montreal and throughout Quebec for any possible links to Magnotta. Mainville said such a review is routine in such cases.

Magnotta arrived in Berlin on Saturday on a bus Paris, said Martin Steltner, a spokesman for Berlin prosecutors.

Crepin said Magnotta had contacts in Paris from a previous visit in 2010.

"He didn't come to Paris by chance. He knew he could get along in Paris, he knew people," he said. Police, for example, trailed a large-framed man who had been in contact with Magnotta, he said. Police questioned another man with whom Magnotta spent two nights. The man didn't immediately realize who his companion was, Crepin said.

At times, French investigators grew frustrated with leaks in the media - notably a French TV report indicating police had used technology to track Magnotta's mobile phone. As a result, Magnotta turned it off, Crepin said.

"He had closely monitored what we police were doing to concoct his strategy," he said.

Crepin said surveillance camera footage showed Magnotta boarding a bus to Berlin on Friday evening. He said German officials were alerted that Magnotta might be in Berlin at some point before the arrest, but he did not specify when.

The case's full horror emerged on May 29 when a package containing the severed foot was opened at Canada's ruling Conservative Party headquarters and a hand was discovered at a postal facility, addressed to the Liberal Party of Canada. A torso, meanwhile, was found in a suitcase on a garbage dump in Montreal, outside Magnotta's apartment building.

As they unraveled his background, police discovered that Magnotta changed his name from Eric Clinton Newman in 2006 and that he was born in Scarborough, Ontario. He is also known as Vladimir Romanov. Police said he has 70 Facebook accounts under different names.

Montreal police on Tuesday said DNA tests have confirmed that the body parts mailed to the political parties were Lin's remains, and that they have footage of Magnotta mailing the two parcels that were sent to Ottawa.

Zheng Xu, a press spokesman at the Chinese consulate in Montreal, said Lin's family has been contacted and wants to travel to Canada as soon as possible. He said he was not able to give any further details without the family's approval.