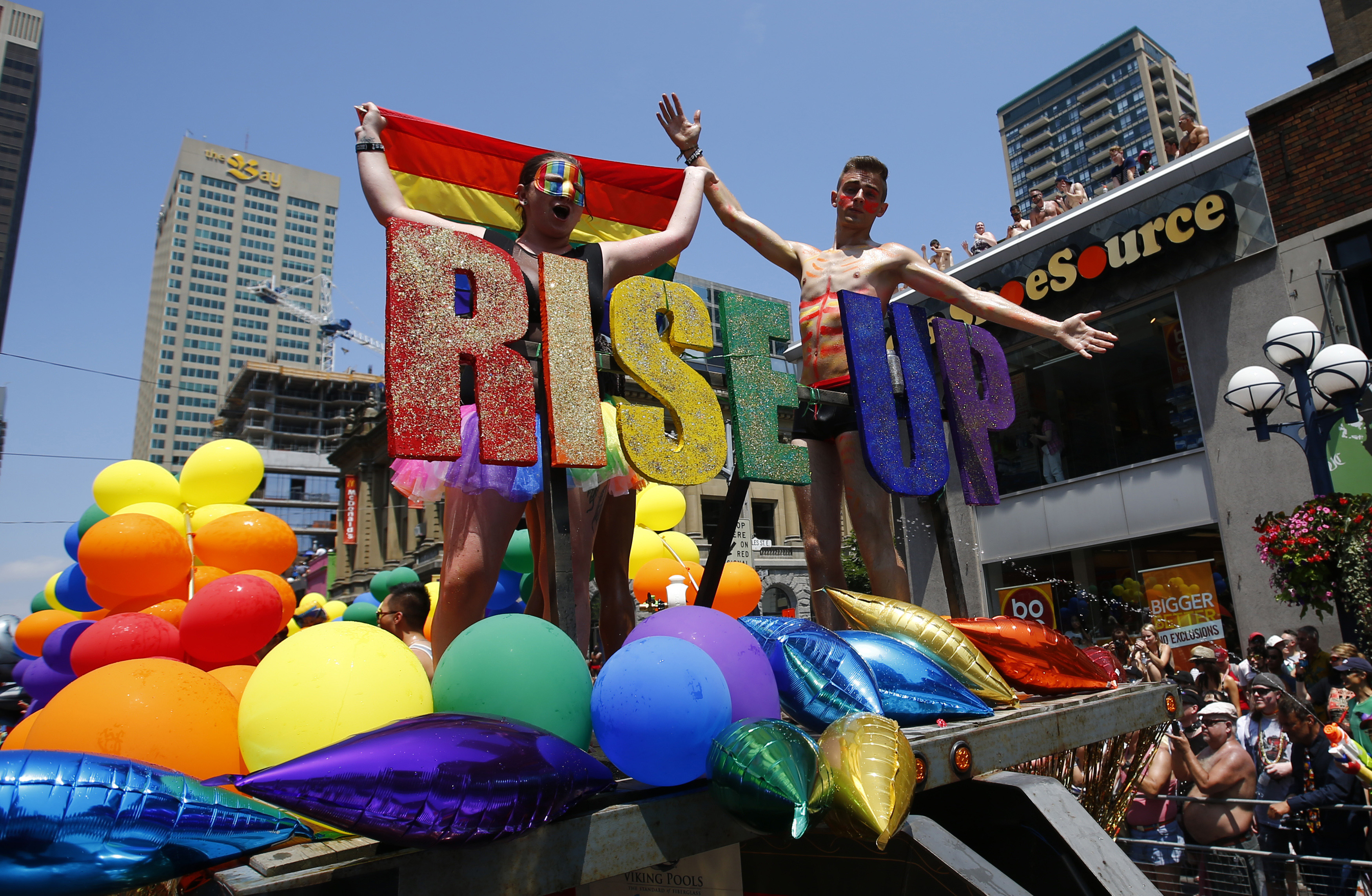 Justice Minister Jody Wilson-Raybould said Tuesday the law is necessary to make it unequivocal that transgender persons have the right to live free from discrimination, hate propaganda and hate crimes. The proposal comes amid a U.S. debate about transgender bathroom policies that limit restroom use to people based on their birth sex.

Asked what her message to America is, Wilson-Raybould said: "This is a message to all Canadians that we live in a time where discrimination in any form is completely unacceptable."

Similar legislation has previously failed to pass Parliament several times, including last year. But when Trudeau was elected late last year and he appointed Wilson-Raybould, he made it a part of her mandate to introduce the legislation.

"Everyone deserves to live free of stigma & persecution, no matter who they are or whom they love," Trudeau tweeted.

His government has the majority of seats in the House of Commons so it will likely pass there. After that it will go to the unelected Senate.

Charlie Lowthian-Rickert, a 12 year-old transgender female, thanked the Liberal government and said she feels "much safer."

"It will protect us from hateful propaganda, assault," Lowthian-Rickert said.

The justice minister fought back tears as she spoke.

The bill was introduced on the International Day Against Homophobia, Transphobia, and Biphobia.

"The proposed law will establish universal protection for any man who wishes to access women's bathrooms or girls' showers with momentary gender fluidity," McVety said in a statement.

"Every Member of Parliament should examine their conscience over the potential of their vote exposing women and girls to male genitalia."