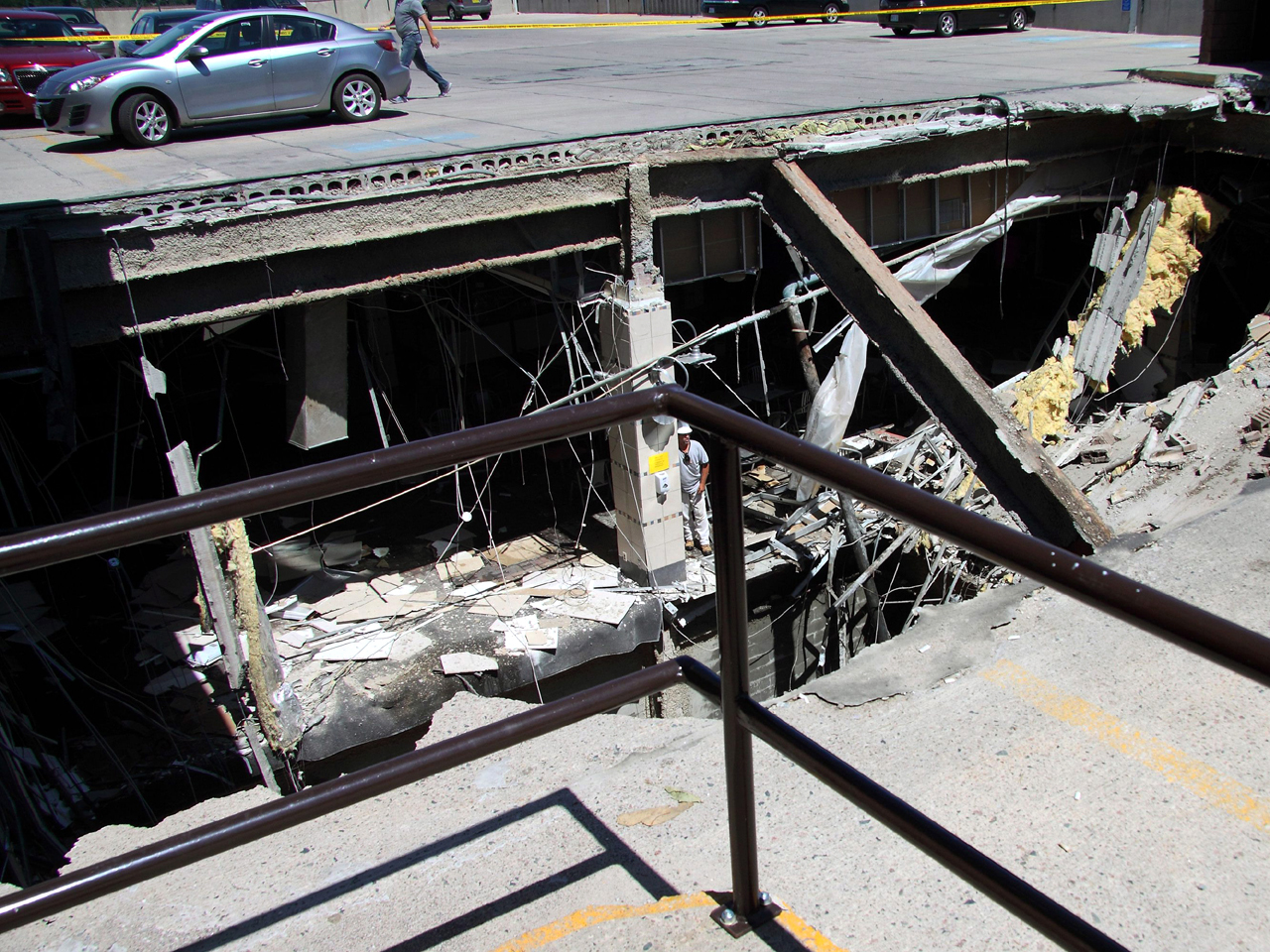 (AP) ELLIOT LAKE, Ontario - Canada's prime minister has offered to send in the military to help with the rescue effort at a partially collapsed mall in Ontario where at least one person has died and another may still be alive beneath the rubble, officials said Tuesday.

Prime Minister Stephen Harper's spokesman Andrew MacDougall said in an e-mail that the federal government is still trying to determine how best to help.

"We've offered all of our assets," MacDougall said. "We've apprised the provincial government of federal and military capabilities and are waiting to hear what would be useful."

The offer comes as officials plan to use heavy equipment to dismantle the building from the outside in order to resume rescue efforts stalled over fears that the unstable structure could further collapse leaving rescuers trapped inside what remains of the mall.

Rescuers detected breathing inside the rubble early Monday, but authorities enraged local residents when they called off the work later that day. One death has been confirmed after part of the mall's roof collapsed Saturday afternoon, and another person is known to be still inside.

Bill Needles, a spokesman for the Heavy Urban Search and Rescue team, said the building is not secure enough to send rescue teams back in at this point but said some heavy machinery from a private company will be employed over the next few hours. Needles said they will do a controlled dismantling of an escalator that has hampered efforts and then will shear off the front of the mall as they make a path.

"If that's deemed safe our people will enter and deal with both of the victims that are in there," Needles said.

Needles earlier confirmed that one of those people is confirmed dead. The other will have been trapped for more than 72 hours. They have not had any contact since they removed the rescue team from the building Monday afternoon. Needles said a doctor told them Monday, after they shut down the operation, that there is a very remote chance the person is still alive

"He was of the opinion that it was probably a very slim possibility," Needles said.

He said a canine search will be conducted if and when the engineer allows them in the building to see if there are any other victims.

McGuinty said he wanted to explore the slim odds of a rescue. He said they owe it to the families waiting for word of their loved ones to leave no stone unturned.

"There is another option and that option involves beginning to dismantle the building from the outside," McGuinty said, adding this was a very risky operation.

"It's not unlike a house of cards. It might be if you pull away from this wall in an effort to get access to someone who is trapped in there it may cause other things to move and other things to tumble and to crumble," he said.

A larger crane and robotics normally used in mining disasters will be employed, McGuinty said.

Dozens of residents of the former mining hub had protested in front of city hall after the decision to halt rescue efforts, saying abandoning trapped comrades would be unthinkable in miners' culture. Rescue missions never end, save our families, save our friends," they chanted, and some suggested that volunteer mine workers should take up the rescue effort themselves.

Rhonda Bear, the mall's manager, had said the mall's owners were pleading with officials to continue the search and had lawyers who would try for a court injunction against the decision to stop the rescue.

Needles said crews had used a remote device called the life detector to determine a person was breathing as of 4 a.m. Monday. He said that person is the same person they heard tapping from on Sunday.

He said the dead person is the same one whose hand and foot were visible in images captured by a remote camera on Sunday.

At least 22 people suffered minor injuries in the collapse at the Algo Centre Mall in Elliot Lake when a portion of the roof that serves as a parking area crumbled into an area near the mall's food court.

Ontario Provincial Police Insp. Percy Jollymore said officers are still trying to determine how many others are missing. A list of names submitted by citizens has been fluctuating dramatically since the accident, he said, but two names have remained constant.