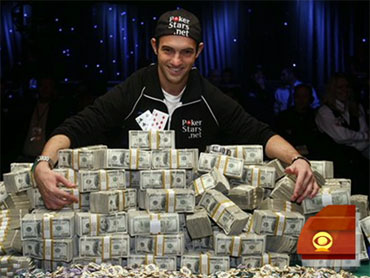 Vancouver was awarded the 2010 Winter Olympics on Wednesday, marking the games return to Canada for the first time since 1988.

The third bid city, Salzburg, Austria, was eliminated in the first round of the secret ballot.

With a simple majority needed for victory, Pyeongchang won the most votes in the first round with 51, followed by Vancouver with 40 and Salzburg with 16. Vancouver then defeated Pyeongchang 56-53 in the final round.

Pyeongchang, the least known of the bid cities, came within three votes of winning in the first round in what would have been a stunning upset. But Vancouver picked up Salzburg's votes in the second round to prevail.

The words that Canada had waited to hear were pronounced by IOC president Jacques Rogge, who opened a white envelope and declared:

"The International Olympic Committee has the honor of announcing that the 21st Olympic Winter Games are awarded to the city of Vancouver."

The announcement was greeted with huge cheers from Vancouver boosters in the convention hall.

Vancouver, the scenic Pacific coastal city whose bid is paired with the ski resort of Whistler, had been considered the front-runner for most of the campaign.

Canada hasn't had the Olympics since Calgary hosted the 1988 Winter Games. Austria's last Olympics was the 1976 Innsbruck Games. South Korea staged the 1988 Summer Olympics in Seoul, but no winter games have ever been held in an Asian country other than Japan.

The 2010 result could have major implications in the race for a bigger prize — the 2012 Summer Olympics.

A marquee field featuring New York, Paris, London, Madrid and Moscow, among others, is already in the race for 2012.

Awarding the 2010 games to North America leaves Europe in a strong position for 2012 — at the expense of New York.

The biggest surprise was the showing by Pyeongchang, the least known of the candidates.

The Koreans scored points with a strong presentation stressing how the games could promote winter sports in Asia and bring peace and reconciliation on the divided Korean peninsula.

Salzburg, which prided itself on its winter sports tradition and world-class venues, sustained a bitter defeat.

Geography was a key factor in Vancouver's favor.

The games will come back to the continent eight years ater the 2002 Salt Lake City Games.

But Vancouver also was considered a top flight bid on technical merits alone.

Canada's understated campaign focused on the technical strengths of its "Sea to Sky Games" proposal, with most indoor venues in Vancouver and ski and sliding events at Whistler.

The three delegations had been allotted 60 minutes each for formal presentations to the IOC assembly.

The Pyeongchang team said holding the Winter Olympics in South Korea would promote winter sports in Asia and serve as a catalyst for peace and reconciliation on the divided Korean peninsula.

The multimedia presentations can be crucial in winning over any undecided votes and are considered especially important in selection of winter games hosts.

Many of the 100-plus members come from countries with little or no interest or experience in winter sports. And, with visits to bid cities banned since the Salt Lake City scandal, the video presentations may be as close as the delegates get to the ice rinks and ski slopes.

Vancouver led off the presentations with a look at its proposed "Sea to Sky Games" concept linking the scenic Pacific coastal city with the ski resort of Whistler.

To the tune of a song by Vancouver rock star Bryan Adams, the Canadian video featured images of a bustling Vancouver along with scenes of skiing and other winter sports in Whistler.

"My commitment has never been stronger," Chretien told the delegates. "The games will be fully funded and guaranteed by the Canadian government. The games will be secure ... Everybody will have a great time and a lot of fun."

Gretzky, who was the general manager of the gold-medal winning team in Salt Lake City, said: "Trust us with your games and we will make you proud."

The Vancouver delegates also announced that the hockey final could be played at BC Place, a 50,000-capacity arena which is also projected to stage the opening and closing ceremonies indoors for the first time.

Salzburg's presentation had focused on two elements — Maier and music, playing off its heritage as the birthplace of Mozart and setting of the 1956 classic film "The Sound of Music."

In a clear reference to suggestions that Vancouver has the advantage for geographical reasons, Maier said, "Sports should be the only reason for your votes."

Pyeongchang made the final presentation, which included a promise of government support from Prime Minister Goh Kun.

Pyeongchang is located in Gangwon province, which shares a border with North Korea. A video featured an elderly South Korean woman who had been separated from her son in the north for more than 50 years.

"Selection of Pyeongchang will greatly help peace on the Korean peninsula — it is what the IOC and Olympic ideals support," senior South Korean IOC member Kim Un-yong said.