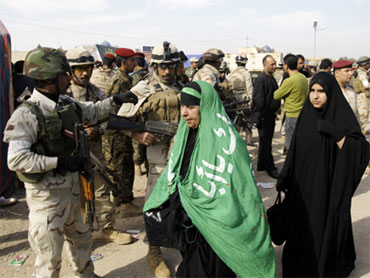 Almodovar's "Bad Education" is the opening-night film, while Tarantino heads the jury that will select winners from the 18 movies in the main Cannes competition.

"Troy" and "Shrek 2" will shortly be in American movie theaters. But the audiences in Cannes will be the first to judge Michael Moore's latest controversial offering. "Fahrenheit 9/11" is highly critical of President Bush's handling of the 9/11 attacks. Walt Disney won't let its Miramax subsidiary release it because it says the movie's too political for the company, reports CBS News Correspondent Elaine Cobbe.

"Bad Education" is among 14 high-profile films screening in the festival's official selection but not competing for prizes. Others include Brad Pitt's ancient Greece epic "Troy," the zombie remake "Dawn of the Dead," Billy Bob Thornton's holiday comedy "Bad Santa" and Kevin Kline and Ashley Judd's "De-Lovely," a music-filled portrait of composer Cole Porter that is the festival's closing film.

Almodovar, who won the original-screenplay Academy Award with 2002's "Talk to Her" and the foreign-language Oscar with 1999's "All About My Mother," says he spent more than 10 years working on the screenplay for "Bad Education."

The film stars Gael Garcia Bernal and Fele Martinez in the story of a director making a film based on his relationship with an old chum at the religious school they attended as boys.

Ahead of the festival, there were fears that French performing arts workers would wage disruptive protests over cuts to their unemployment benefits. But they cut a deal Tuesday with management, which hopes to avoid major problems.

Tarantino — who won the top honor at Cannes with 1994's "Pulp Fiction," which earned him an Oscar for original screenplay — also is represented on screen at the festival with a special showing of "Kill Bill — Vol. 2," the conclusion to his vengeance saga starring Uma Thurman.

Others among the nine-member Cannes jury include actresses Kathleen Turner, Tilda Swinton and Emmanuelle Beart.

Tarantino said he hopes to steer the jury toward a "cinema first" approach to awarding prizes, without regard to politics, nationalities or other factors.

Jury prizes will be awarded Saturday, May 22, a day earlier than the usual Sunday ceremony. Organizers moved the awards up one day and reserved Sunday, the festival's final day, for screenings of the prize-winning films.

Gilles Jacob, festival president, said the awards will be "easier to attend on Saturday than on Sunday, when you're already packing your bags."