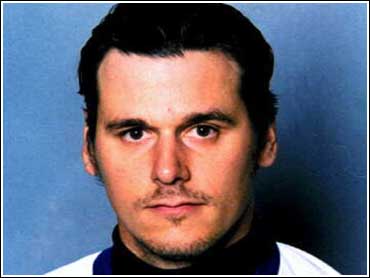 The Canucks were unable to sign Potvin to a longer deal. The contract is believed to be worth about $2.7 million, which is what Potvin made last season.

Potvin struggled at first, going 1-5-3 in his first nine starts, before posting an 11-8-4 mark after the All-Star break. He finished the season with a 2.59 goals-against average and .906 save percentage.

"We intend to continue to try to sign Felix to a longer-term agreement, but there's no urgency on that," Canucks general manager Brian Burke said. "I don't think we ll even address it until we re well into the season."

A restricted free agent, Potvin made it clear he wanted to stay in Vancouver this season and chose not to file for salary arbitration. The Canucks are believed to have offered him a three-year deal in the $8 million to $9 million range.

"This is definitely somewhere where I'd like to play," Potvin said. "At this point in my career it d be good to settle somewhere and be happy somewhere.

Potvin has a 179-183-60 record with a 2.88 GAA in nine years with Toronto and the Islanders. He spent eight seasons with The Maple Leafs before leaving the team in 1998 after they signed Curtis Joseph. Toronto eventually traded him to the Islanders in January 1999.